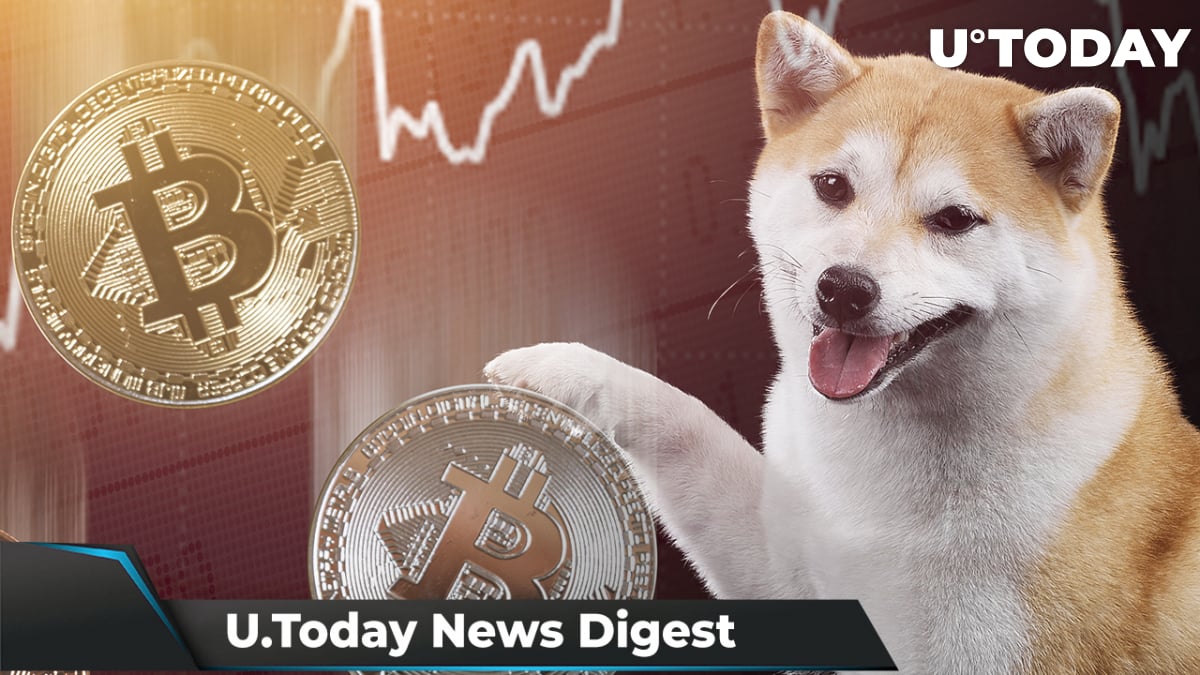 Don’t miss the significant crypto news over the past weekend with U.Today’s top four news summary!

Bitcoin’s continuing decline has not been left unnoticed by anti-flagship coin crypto influencers, including Euro Pacific Capital CEO Peter Schiff. In his Friday tweet, Schiff shared his take on Bitcoin’s drop to the $35,600 zone and predicted that BTC will face a flash crash once it breaks under the $30,000 level. At the moment, Bitcoin is trading at $33,649, according to CoinMarketCap.

Gold bug also commented on the losses suffered by the share price of MicroStrategy (MSTR), Grayscale Bitcoin Trust (GBTC) and Cathie Wood’s Ark Invest (ARKK). MSTR dropped 14%, and GBTC and ARKK have both slumped 55% from their recent highs.

On Friday, Input Output Global announced that a new version of Daedalus Flight software, Daedalus Flight 4.8.0, is finally out. The new release fully supports Cardano node v1.33.0 and enables the Cardano node runtime system (RTS), which allows Cardano's performance to utilize less memory on computers with less than 16 GB of RAM. With Daedalus Flight, seasoned Cardano enthusiasts can experiment with the new functions of the protocol before their public releases.

The last day of the weekend started well for Shiba Inu as the canine coin managed to recover 40% from its lowest level since Oct. 6. Also, according to CoinMarketCap, SHIB surpassed Polygon’s MATIC, becoming the 15th biggest coin by market capitalization.

However, the rally did not last long - SHIB is currently changing hands at $0.00001917, losing its gains in just one day.

Galaxy Digital CEO Mike Novogratz seems not to agree with uber-bearish Bitcoin price predictions. Therefore, he offered the most vocal BTC critic, Peter Schiff, a $1 million wager over his recent prediction that the crypto market is going to crash. Novogratz is ready to bet  that Bitcoin will be trading above the $35,000 level a year from now and to donate $1 million to charity if he is wrong. Schiff has not responded to the offer yet.