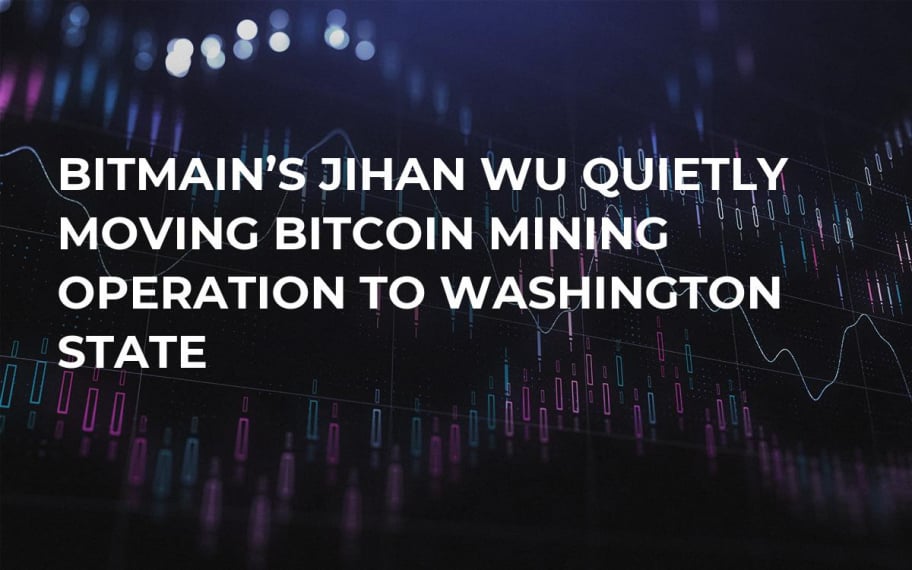 Bitmain Co-Founder Jihan Wu seems to be moving to set up a Bitcoin mining operation in Northwestern US, document shows.

The move has not been publicized by Bitmain, who operates some of the largest mining pools in the world.

Beijing-based Bitmain has been seeking to expand overseas, having been reported to consider Canada for Bitcoin mining and set up shop in Switzerland this January.