Yuri Molchan
⏳?Nearly $9 mln in BTC stolen from Binance during the recent hack was suddenly noticed as having been moved on Monday?✔️ 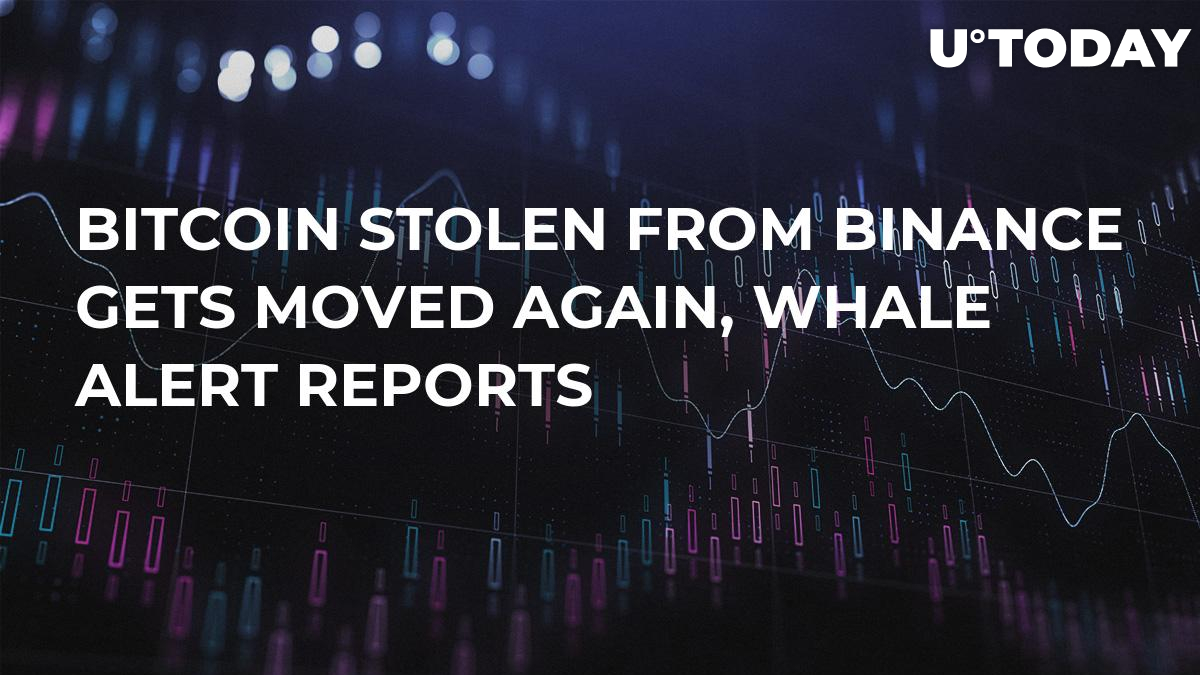 On July 8, Whale Alert published two Twitter posts drawing attention to the move of Bitcoin stolen from Binance in the course of a hack earlier this year. Back then, Binance lost a great amount of BTC to a hacker.

Yesterday, an amount of BTC worth around $9 mln at today’s rate was moved to another address.

The stolen BTC gets moved around

On Monday, Whale Alert, which tracks crypto operations on a regular basis, spread the word that 706 BTC and 1 BTC were transferred to Bitcoin addresses that the analysts investigating the case had not previously noticed.

In May this year, around 7,000 BTC were stolen from Binance. Changpeng Zhao urged traders to remain calm and promised to compensate the loss from the SAFU fund set up last year.

After the hacker attack had taken place, the BTC stolen from a hot wallet were sent to seven different addresses in an attempt to cover tracks. Since then, this is the first time the stolen crypto has been moved anywhere further.

Previously, U.Today reported that the Bitrue exchange, located in Singapore, also suffered from a security breach and lost a significant amount in XRP and ADA.