Alex Dovbnya
As XRP is setting the stage for $0.50 ahead of the golden crossover, this new prediction might unnerve its holders 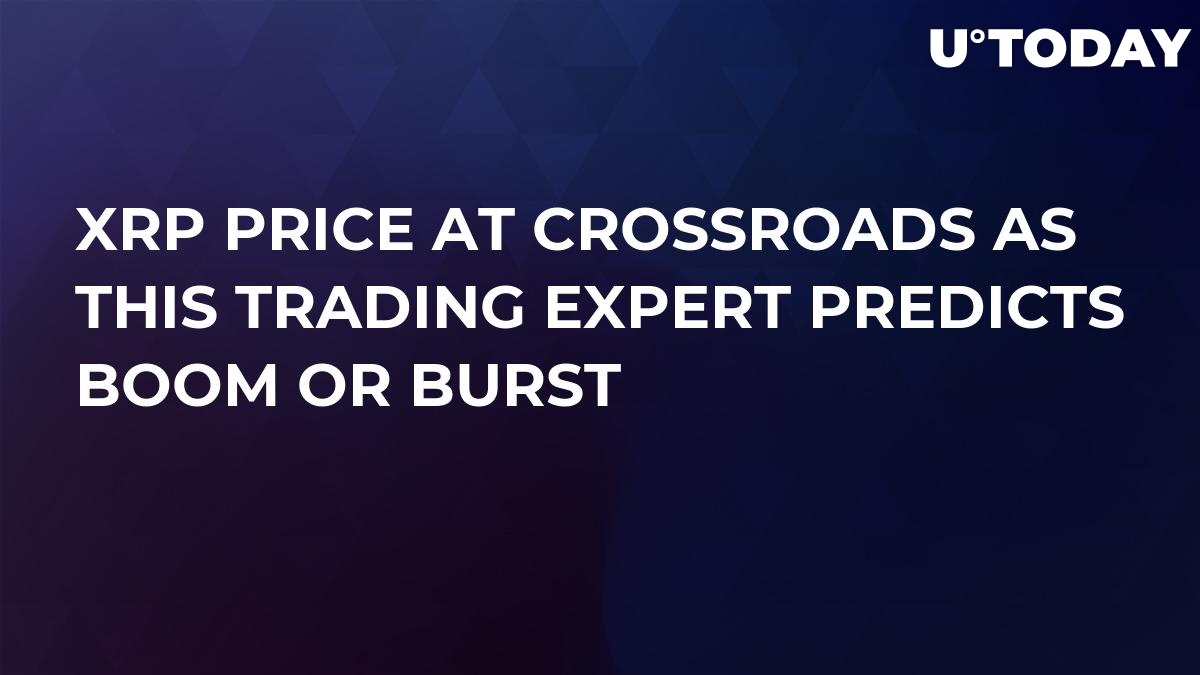 XRP, the second biggest altcoin, is facing its do-or-die moment, again. Trader DonAlt predicts that Ripple’s native token will either start rising or go ‘much much lower.’

I hereby join & summon the XRP army.
Support XRP on its way to glory.
Make this thing moon by all that is holy, join the ranks of XRP.

I think this is either the bottom or XRP goes much much lower.
I'll buy here and I'll buy again in the next green zone if stopped out. pic.twitter.com/EEIdb1L8zt

As reported by U.Today, XRP is on the verge of forming a golden cross pattern, which is a surefire signal of a bullish reversal. If it follows in Bitcoin’s footsteps, it could be a boon for XRP holders who were mostly left on the sidelines of most recent crypto rallies.

According to CoinMarketCap data, XRP is currently sitting at $0.422 after breaking above yet another key resistance level. At this point, everyone’s favorite remittance token is eyeing the $0.50 price tag, giving investors every reason to be bullish on XRP in the short term.

XRP bag holders are not safe

On the flip side, if XRP fails to keep up its momentum and falls to the $0.35 level again, things could turn ugly for the third largest cryptocurrency. DonAlt didn’t specify where XRP would find its new bottom. In 2019, XRP reached its lowest point on Jan. 29 when it slipped below $0.29.

Back in April, commodity trading veteran Peter Brandt shared a strikingly similar forecast about XRP when its price was hovering above the $0.30 mark.