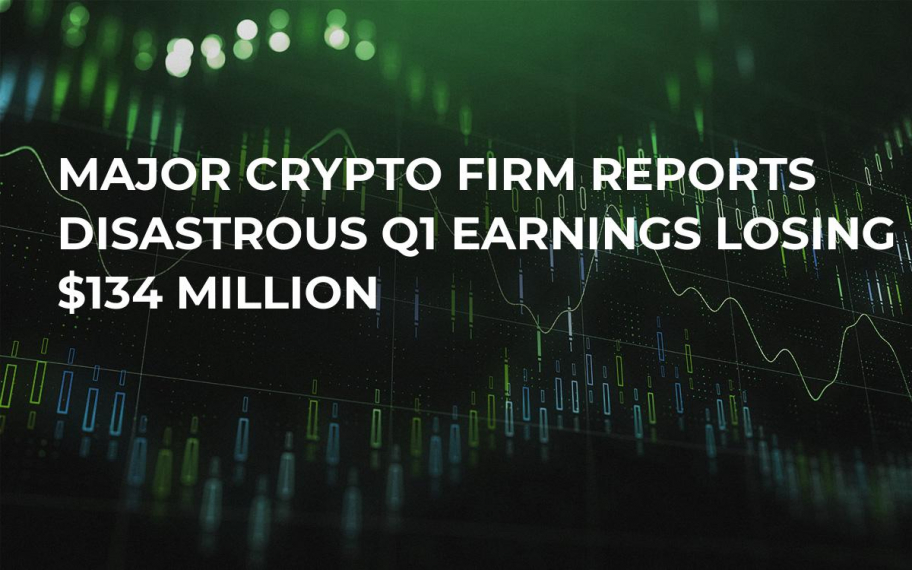 Apparently, AMD isn’t the only company that was negatively affected by a prolonging bearish trend in the crypto industry. Galaxy Digital, a crypto-oriented merchant bank, made an announcement about a whopping $134 mln loss in its recent first-quarter earnings report.

Galaxy Digital is a crypto merchant bank, which founded by Michael Novogratz, a well-known hedge fund manager and a Goldman Sachs partner who made a cut on Forbes 2007 and 2008 billionaire lists. This week, the Novogratz-led company published its very first financial disclosure, and it seems like Galaxy Digital turns out to be a mammoth-size flop. The company incurred a significant decline ($134 mln) mainly due to unrealized losses which accumulate $85.5 mln worth of digital assets.

What explains the loss?

Since the company had appeared only one month before Bitcoin (BTC) price reached its all-time high (and almost immediately plunged into oblivion), the startup did not manage to profit off the short-lasting bull run. The cryptocurrency market hit a roadblock and could not recover from the abovementioned bearish trend up until now. Despite recently reaching $8,300, Bitcoin still has a long way to go match its highest peak.

Optimism is the key

However, Novogratz doesn’t seem to be overly bothered because of the devastating losses. Former Wall Street trader claims that he is proud of the progress that his company has made 2018, and he vows to continue working on the legal recognition and mainstream acceptance of digital assets. Remarkable enough, Novogratz invested in Galaxy Digital more than $300 mln of his funds. The Wall Street vet definitely won’t go down without a fight as he plans to acquire a Canadian company Coin Capital which would help to produce more growth amid positive market sentiment.