Alex Dovbnya
After Michael Novogratz’s viral tweet, there is yet another proof that a proper bull run may start anytime soon 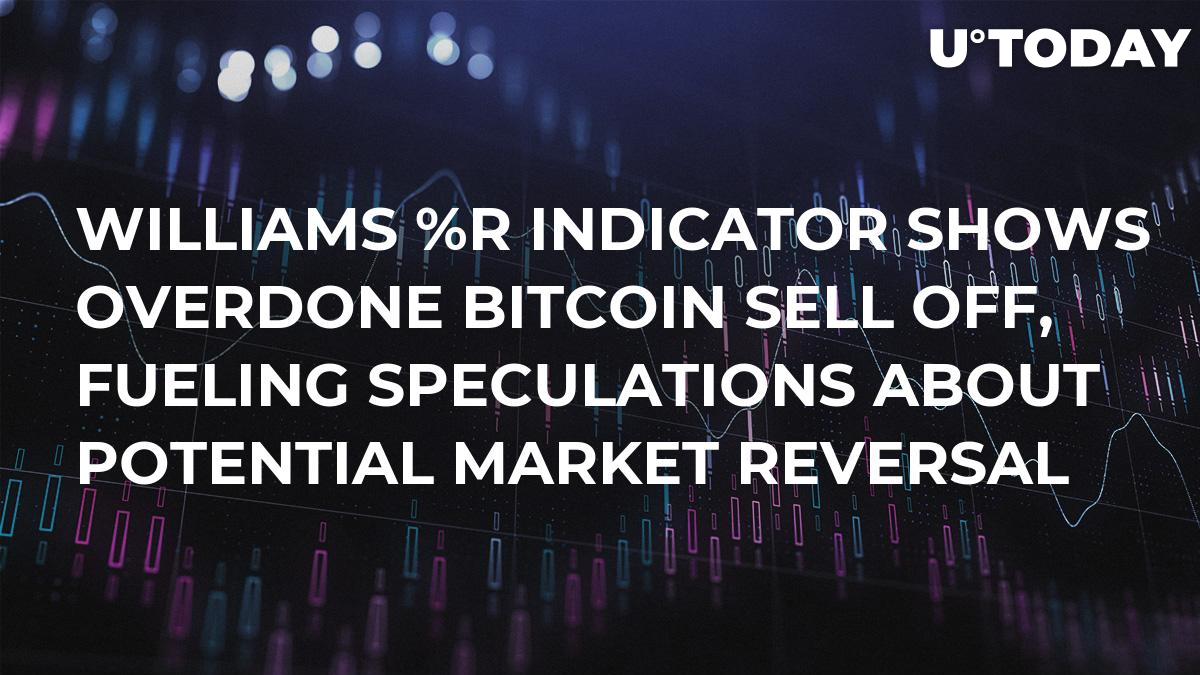 Williams %R Indicator is currently showing a potential market reversal, according to Yahoo! Finance. This comes just a day after Galaxy Digital’s Michael Novogratz made a claim about the cryptocurrency market finding a floor.

Michael Novogratz, an ardent crypto proponent from Wall Street, has recently made headlines because of his tweet, which with the help of the Bloomberg Galaxy Crypto (BGC) index shows that the cryptocurrency market has already reached its bottom. Galaxy Digital’s billionaire CEO explains that the market has already touched its last year’s heights, which is a clear indicator that it will rebound soon.

This is the BGCI chart...I think we put in a low yesterday. retouched the highs of late last year and the point of acceleration that led to the massive rally/bubble... markets like to retrace to the breakout..we retraced the whole of the bubble. #callingabottom pic.twitter.com/EasTBYgjSj

Sell off is overdone

One also has to take a look at Williams %R Indicator that measures the level of sell-off. Bitcoin, the number one digital asset in the world, is currently under -80, which means that the current sell-off is largely exaggerated. Remarkably enough, BTC spiked by almost 22 percent when this indicator showed similar results. It’s yet another sign that a market reversal is in the offing.

However, these predictions should be taken with a grain of salt since a lot of high-profile industry analysts had previously called a bottom, but the cryptocurrency market just kept plunging further. For example, Pantera Capital, the biggest crypto-oriented hedge fund, thought that crypto had already reached its lowest point back in April. As the total market cap recently nosedived below $200 bln, setting a year-to-date low, this obviously wasn’t the case.

Whether these are false signals or not, at least Bitcoin bulls now have something to be optimistic about.

Related
Fundstrat: Bitcoin Will Be $36,000 By 2019 Due To Mining Efficiencies
#Bitcoin