Yuri Molchan
TrustToken company announces in its blog that their 206,371,311 TrueUSD coins are fully backed with US dollars on the corporate accounts 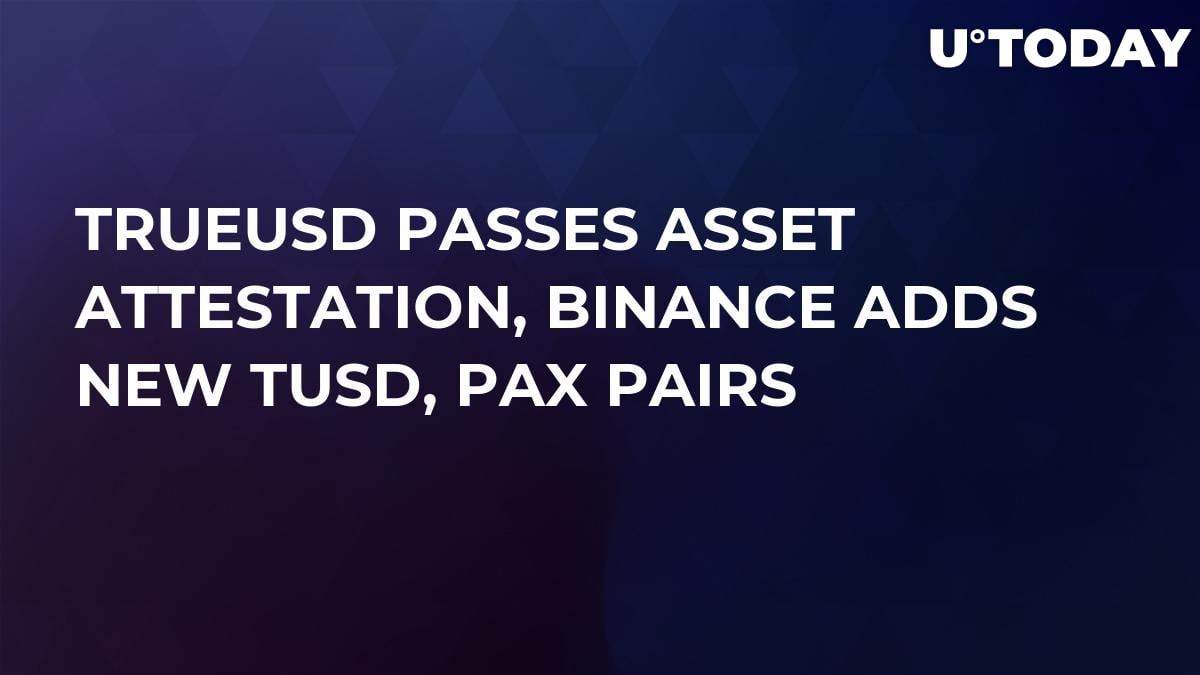 On Tuesday, January 8, TrustToken platform wrote in its blog that the recent attestation of TrueUSD (TUSD) funds conducted by a third-party – Cohen & Company – has been successfully passed. The process finished on January 2.

Cohen & Co. has completed the attestation of TrueUSD funds as of January 2nd, 2019. https://t.co/jvZKxm6Va7

Results of the audit

Cohen & Company has released the results of their recent audit of bank accounts where the USD assets that back TUSD stablecoins are stored. The attestation says that with the escrow balance being $207,224,607 the amount of issued TUSD tokens totals $206,371,311.

The relationship between TrustToken and Cohen & Company

TrustToken rushed to clarify its relations with Cohen & Company, assuring that this is a purely third-party certified public firm that works in the sphere of accounting.

TrustToken reps in their blog assured that the aforementioned company has no interest in TUSD and is not connected with it in any manner, as, for example, Bitfinex and Tether are, sharing the same top management team. Cohen & Company regularly reports the results of its audits for all interested parties to see.

TrustToken also mentioned that every day they receive more USD from users who wish to support the issuance of TUSD. As per the blog post, Cohen & Company will be a regular auditor of the company and its escrow accounts.

Recently, U.Today reported that Tether Ltd revealed part of its USDT documentation to Bloomberg experts and those found that as per autumn of 2017 and late January of 2018, the company had enough USD to back their Tether coins. However, the analysts from Bloomberg were not given a chance to review documents covering other periods.

Still, for now Tether’s poor reputation and rumours of being a scam have been dissolved.

A short while ago, TrustToken also announced some news regarding TUSD. The world’s largest exchange has launched new pairs with stablecoins PAX and TUSD: PAX/TUSD, USDC/TUSD and USDC/PAX.

Binance will list PAX/TUSD and USDC/TUSD tonight with markets priced in TrueUSD as the quote currency. Markets will go live at 8pm PT tonight (4am UTC). https://t.co/kxuOPwGvml

At press time, both stablecoins are in the red zone – PAX is down 0.50 percent. TUSD has lost 0.24 percent over the last 24 hours. Both assets are trading at $1.01 as per Coinmarketcap.