BitTorrent Product Director: 100 mln of Our Users Can Earn Money Through File Distribution 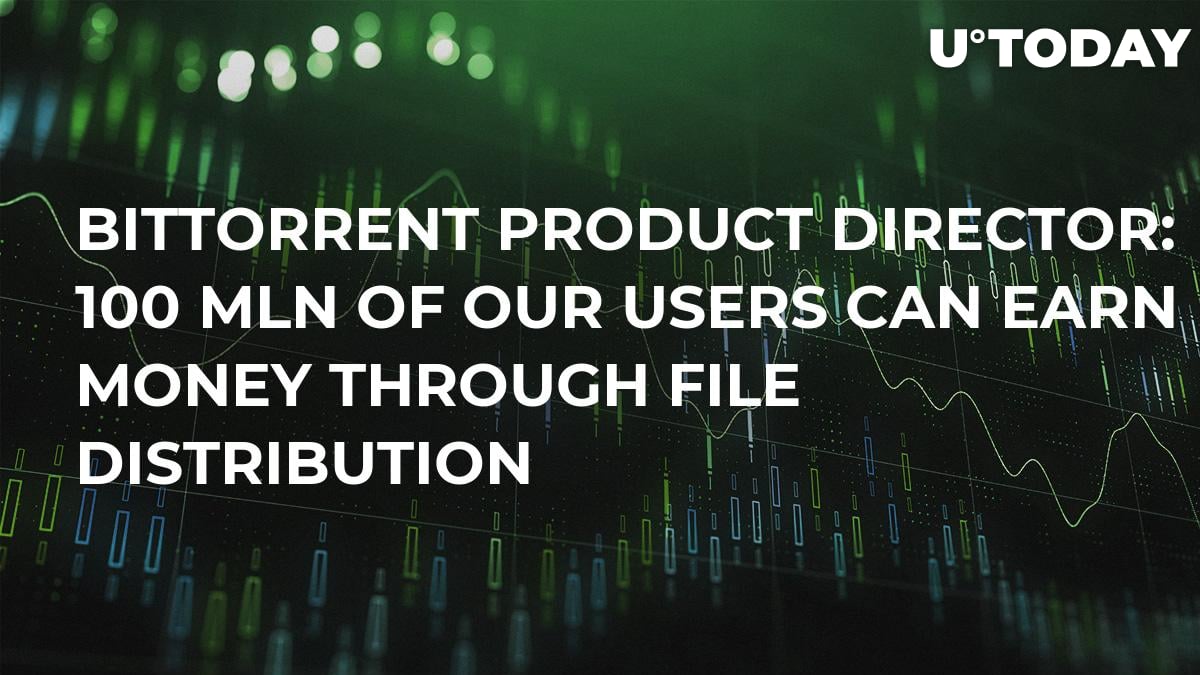 Previously, U.Today wrote about the BTT token sale on Binance, which was over in around 18 minutes.

Binance CEO Changpeng Zhao tweeted back then that it was due to a system glitch, otherwise the whole thing would have taken 18 seconds. The demand was huge.

A great many users were furious, though, since despite their attempts, they were unable to buy BTT coins. Besides, the sale started when 28 percent of tokens had already been sold out. Many even called this token sale an outright scam, accusing Binance and Tron.

In a recent interview, BitTorrent product director Pavel Lagutin explained how users will be able to benefit from utilizing BTT after all.

The product director at BitTorrent is of Russian origin, and at the start of his career in the IT sphere he immigrated to the US, where he was later invited to join BitTorrent.

Curiously, he values blockchain much more than cryptocurrencies, believing that the former will definitely change the world, unlike the latter.

However, when talking about BitTorrent and µTorrent, he pointed out that users will be able to earn BTT for doing what they always have done – uploading files and sharing them. The lack of motivation for users to keep distributing files, said Lagutin, was a major problem in the past for BitTorrent, since users had no incentive to keep the network going.

Basically, receivers of files will give up their BTT for distributors. He called this a typical win-win situation.

Lagutin also stated that BitTorrent means BTT to be solely a utility token and not an asset to invest in. Though he admitted that BTT is now already trading on many exchanges, still its major goal is being used on BitTorrent services, where one user pays another for the delivery of that service.