Yuri Molchan
?Tron’s global community keeps growing, its partnerships are progressing along with major partner BitTorrent, which is about to launch its DLT app ?? 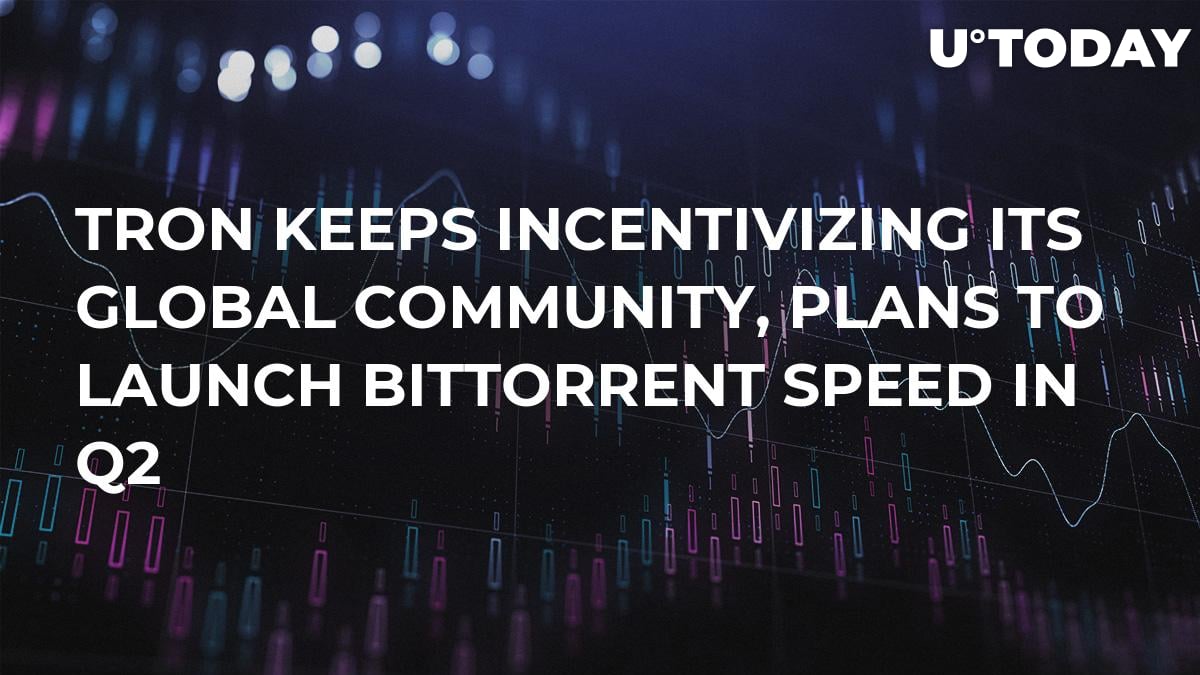 In the weekly report that Tron released the other day, the dApp blockchain network’s team updated its community on the progress regarding Tron’s partnerships with other companies operating in the crypto field – CoinCodex, 8BTC, etc.

BitTorrent also reports BTT expansion on crypto exchanges, as more and more new ones keep adding the BTT token. TRX keeps rolling out too – on March 19, the ADAX exchange tweeted about adding several pairs based on this coin. NovaDAX, the largest South American exchange, has also added TRX.

We are delighted to announce $TRX @Tronfoundation @TRON_AR as one of the leading digital assets listed over ADAX Bitcoin Exchange against 3 pairs: TRX/USDT, TRX/BTC and TRX/ETH pic.twitter.com/Sz4g73s1n9

Tron took part in the recent Token 2049 event – the largest DLT summit in Asia and the most important one too. The Tron team shared in the report that they were warmly welcomed, and both Tron and BitTorrent had a separate booth at the exhibition.

The Tron report mentions that the activities of the Tron team were highly recognized by other blockchain companies represented at the summit.

Tron CEO Justin Sun had an online talk with over a million users of HouXin, telling them about BitTorrent. During this live stream, Sun gave away bonuses totalling 500,000 BTT and 100,000 HCT as incentives for users of this platform.

Also, Tron is running an ad campaign to attract new users, giving them a chance to win a Tesla car, along with other prizes worth around $20 mln. To participate, users are required to follow Sun’s Twitter and conduct certain online activities.

To celebrate #BTT & #USDT-#TRON success, I am planning a $20m free cash airdrop. Good news-it's coming, bad news-I may decide to give away more! First, I will randomly pick 1 winner for a #Tesla up until 3/27! To apply, follow me and RT this tweet! Simple! #Blockchain pic.twitter.com/wFyzwtB3ur

Tron’s report also says that BCV wallet has jumped on the Tron bandwagon, adding support for TRX. Besides, the wallet is increasing its support for Tron-based dApps.

Since BTT’s launch, around 35 crypto exchanges have already listed it, offering BTT-based trading pairs. Among them are giants such as Binance, Huobi, and other, smaller platforms.

This March, BitTorrent has already conducted its monthly airdrop, having released 990 mln BTT to owners of TRX. The whole thing took just a couple of hours.

In Q2 this year, BitTorrent intends to launch its BitTorrent Speed decentralized app.