Yuri Molchan
Following the closure of former PayPal’s executive account by BOA, Tron’s founder Justin Sun gets the same notification about his closing down his account 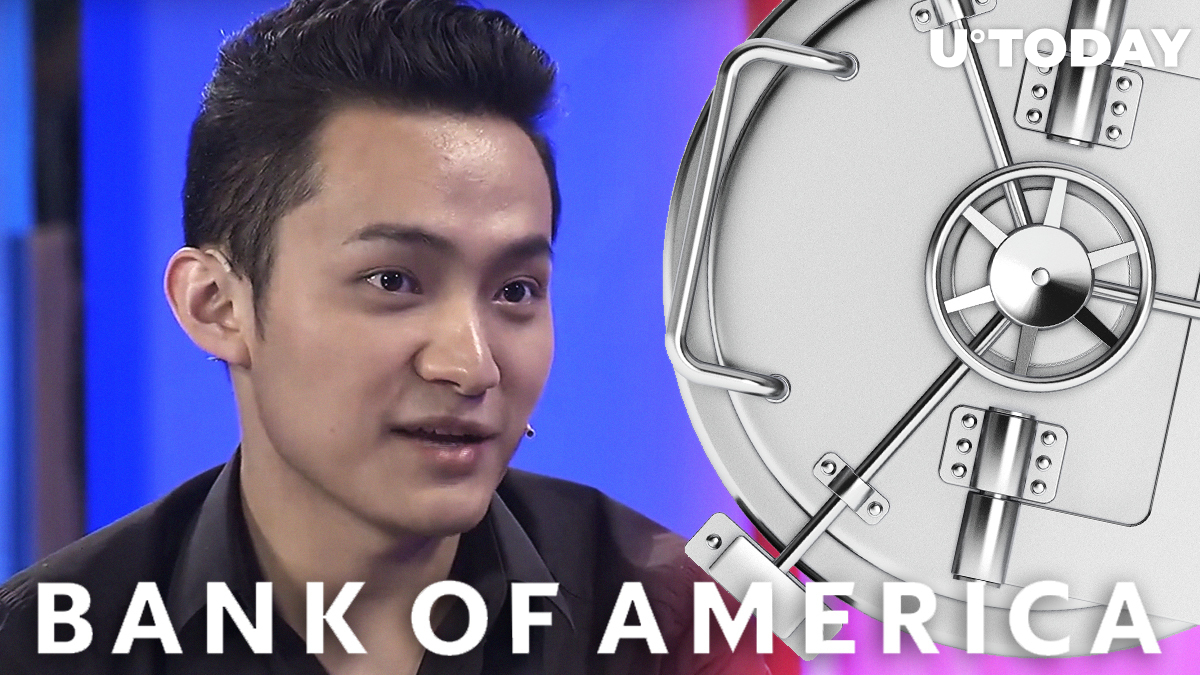 Earlier on Monday, U.Today reported that the Bank of America shut down the bank account of a former PayPal executive and a major venture capitalist in Silicon Valley - Roelof Botha. The latter shared this news on Twitter. The BoA did not provide any solid reasons for this move.

After being a customer of @BankofAmerica for 20 years, I received this notice today that they decided to fire me as their customer! With absolutely no explanation.... pic.twitter.com/IJu3peiIWX

Curiously enough, the Tron founder Justin Sun responded to his tweet, saying that the BoA had taken the same measures against him.

Justin Sun gets ‘fired as customer’ by BOA

Justin Sun writes on his Twitter page that he had been ‘fired as a customer’ from the Bank of America after holding an account there for eight years.

Me too?I have been a customer of @BankofAmerica for 8 years and get fired as well? https://t.co/gdaL1ddT6g

When one of the most influential venture capitalists in Silicon Valley, Roelof Botha, shared the news about his bank account being shut down without any solid explanation, assumptions started arriving that this was done because the former PayPal exec may have bought Bitcoin.

Bank of America just fired one of the top five venture capitalists in Silicon Valley. My only guess is he bought bitcoin. https://t.co/yo3mnEt2AC

Did you buy any Bitcoin?

Numerous banks these days prohibit their customers from purchasing cryptocurrencies. India’s RBI (Reserve Bank of India) is a good example. Last year, it laid a so-called crypto ban on all businesses dealing with crypto in the country – mainly crypto exchanges – and forbade banks to provide services to these companies.

The same goes for many large banks in Europe and the US.

Earlier, U.Today reported that despite the negative attitude towards Bitcoin and crypto in general, BOA still embraces blockchain technology. Currently, Bank of America is testing a technology offered by the crypto giant Ripple and has even hired a team lead to run a ‘Ripple project’.

Besides, recently Ripple has hired a former BoA executive, Ben Melnicki, as head of regulatory affairs in the US.

This goes in line with many financial institutions’ strategy of embracing ‘blockchain, not Bitcoin’. The same strategy has been adopted by China recently, although many in the crypto community hope that crypto will also be allowed in the end in this country.