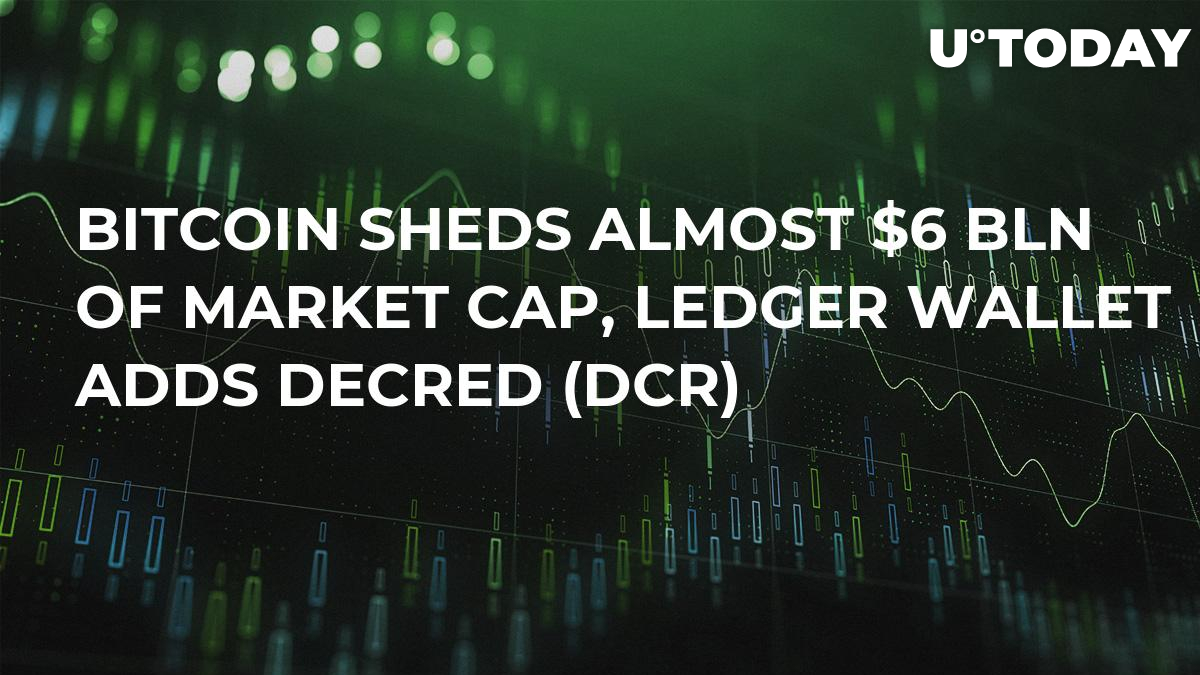 On its Twitter account, the Decred (DCR) platform has informed its users that the coin is already available on both Ledger wallet models – Ledger Nano S and Ledger Blue.

In case you missed it, we are pleased to share that Ledger's Nano S and Blue models are now compatible with Decred! @LedgerHQ has integrated #Decred to the Ledger Live software as its first native integration since launch.https://t.co/8YOef8LbHa pic.twitter.com/j45kGn3Tns

Decred has been boosting its presence in the global crypto ecosystem recently. On Friday, U.Today reported about DCR being added by the Delta crypto app that enables users to keep track of all data to do with a great number of crypto coins and even get access to digital exchanges through it.

Decred in the market

The majority of the top-100 crypto assets market today is in red. The only coin on the top-10 list that is demonstrating a rise is Litecoin, whose rate has increased a little – by 0.21 percent at the time of writing.

Tether (USDT) is now occupying position 4 on the top-10 list, having pushed out Stellar.

Over the week, Bitcoin has dropped nearly $6 bln of its market cap.