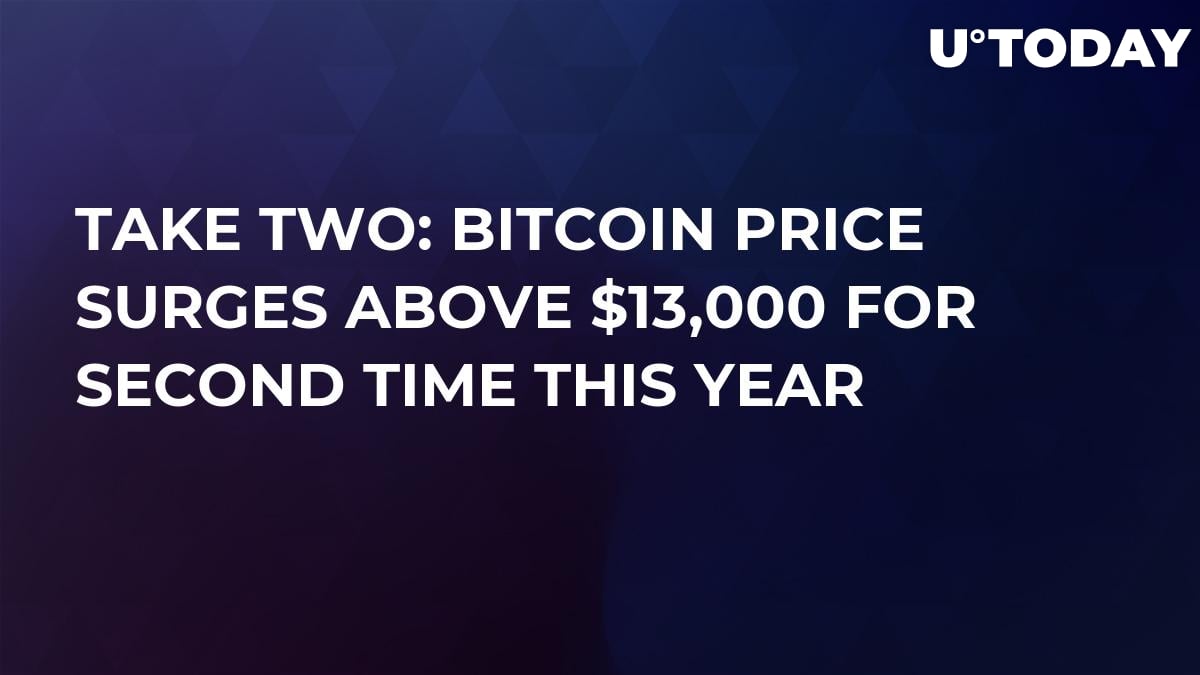 After a slight pullback, Bitcoin has eventually managed to break above $13,000. The question remains whether the momentum is strong enough to push the coin’s price past the $13,888 mark, its current yearly high.

Last time Bitcoin broke touched $13,000, its price ended up being whipsawed. As reported by U.Today, BTC plunged below $10,000 after a continuous sell-offs, bringing back memories of the 2017 bubble. However, Bitcoin managed to quickly rebound after a 30 percent correction.

Trading expert Josh Rager recently shared a price chart, which shows that BTC is likely to stay in the $12,000-$13,000 range until the end of July.

Of course, one shouldn’t treat this analysis as the law of physics given that BTC price action is very unpredictable.

Don't take this chart too seriously, as no one can predict price action, but Bitcoin likely ranges here

While BTC continues to surge, altcoins are failing (big time). Bitcoin is currently the only top 10 coin in the green, according to data provided by CoinMarketCap.

WAS THERE EVER ANY DOUBT?? pic.twitter.com/TmtTNQ6fet

As a result, Bitcoin’s dominance has increased to 65 percent, its highest level since April 2017. Back in 2017, the crypto king suddenly ceded ground to altcoins with Ethereum dominance surpassing 31 percent at one point.

Now, another altcoin season is nowhere near on the horizon, so it’s safe to say that BTC dominance will continue surging.