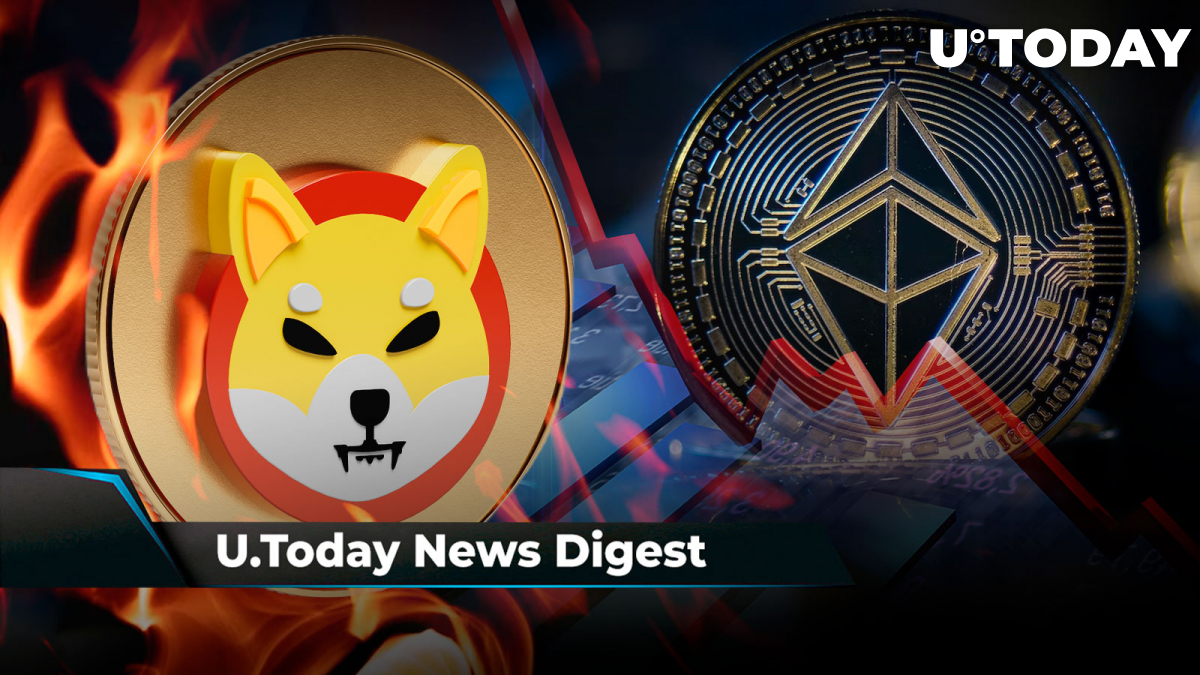 Shiba Inu price at critical point, according to Peter Brandt

As per Peter Brandt’s recently posted Shiba Inu chart, the meme coin formed a bullish inverse head-and-shoulders pattern, which is considered an indication of an upcoming trend reversal. Last week, SHIB entered an impressive rally and, according to Brandt, the completion of the inverse head-and-shoulders pattern was a sign that the reversal was in the cards. However, the meme coin erased all of its impressive gains within less than seven days. SHIB plunged lower along with other major cryptocurrencies, including Bitcoin and Ethereum. Yet, Brandt believes that SHIB will manage to regain its bullish momentum if it can hold above the trendline support.

Unfortunately for all Ethereum holders, on Friday, their beloved asset started rapidly declining. The second biggest cryptocurrency was continuously breaking local support levels and then plunged below the $1,500 price level. Luckily, the 50-day moving average was there to support the movement of Ethereum. Thanks to the support level, ETH's plunge stopped and entered a local consolidation channel. For entering a recovery rally, Ethereum would need an immediate bounce from the current values, which would make the recent 15% drop merely a shakeout before a quick price increase. At the moment of publication, Ether is trading at $1,569, down almost 3% over the last 24 hours, per CoinMarketCap.

According to a recent tweet by @shib_superstore, the Twitter account representing Travis Johnson’s online shop, there is a new website that burns Shiba Inu. The website is called playzone.online, and it is listed on the Shib Superstore portal. The mechanism of the website allows burning SHIB and lets game creators earn some income. Travis Johnson believes that playzone.online could attract non-SHIB holders and interest them in Shiba Inu and in burning it. Meanwhile, on Friday, a total of 105,165,658 Shiba tokens have been sent to nonspendable wallets by the SHIB community. At the moment, the total amount of burnt SHIB tokens equals 410,377,554,088,301.

Willy Woo, a seasoned on-chain analyst, has shared that Bitcoin's plunge to $21,000 was mostly caused by the 3AC scale sell-off by institutional traders, which was tied to the negative net flow of coins on exchanges. This may indicate that most market participants were in accumulation mode and were actively buying cheap coins to store in their cold wallets during the plunge. The drop to $21,000 is a revelation of the problems around the crypto market caused by the negative macro environment for risk-on assets like Bitcoin and Ethereum. Unfortunately, it remains unclear whether the bear rally is going to continue as there have been no signals that would suggest BTC has reached the bottom. In Willy Woo’s opinion, the crypto market might enter a prolonged consolidation like what we saw back in 2018.