“Russian Facebook” VK.com Mulls Hitting the Market with Its Own Crypto 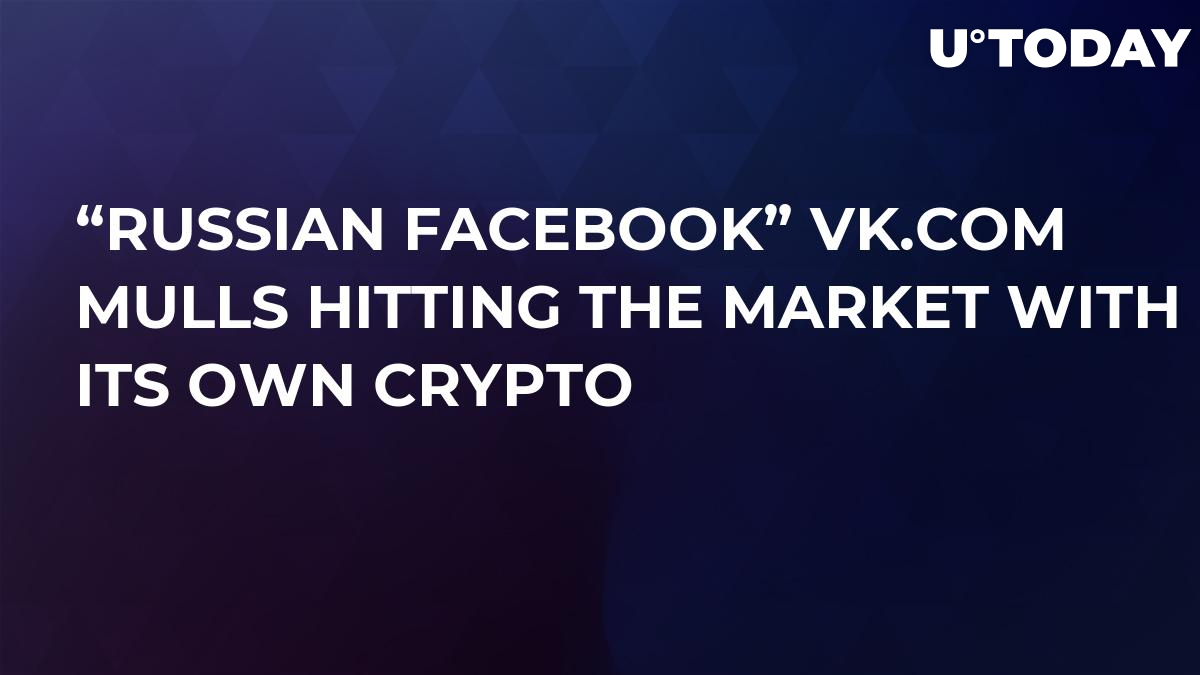 The other day, a Russian news platform, RNS, reported that VKontakte, which is often called ‘Russian Facebook’, is planning to release a virtual coin, but the decision is not final yet.

VKontakte is reportedly planning to launch a system of rewards for its users. The rewards would be paid in the newly-created crypto coin. Users would also be able to earn these tokens by doing various activities on the social media platform.

The coins will also be used for purchasing sticker packs, virtual gifts or for sharing with other users via VK Pay – the platform for electronic payments developed by VK, which was released last summer.

Part of the plan is also to let users donate the new “VK coin” to the writers of the content they like to thank or encourage them to write more of it or earn tokens for leaving comments under certain posts.

No comments have followed from VK itself on that yet.

VKontakte was created by Pavel Durov, the founder of the Telegram messaging app, which conducted a closed ICO last year, aiming at creating its own decentralized crypto platform, TON, with a GRAM token circulating on it.

Later on, due to disagreements with Russian government, when the latter required Durov to share personal data of politically opposed users and Durov refused, he was forced to sell his share in VK and leave the country.

Later on, he founded the Telegram app.