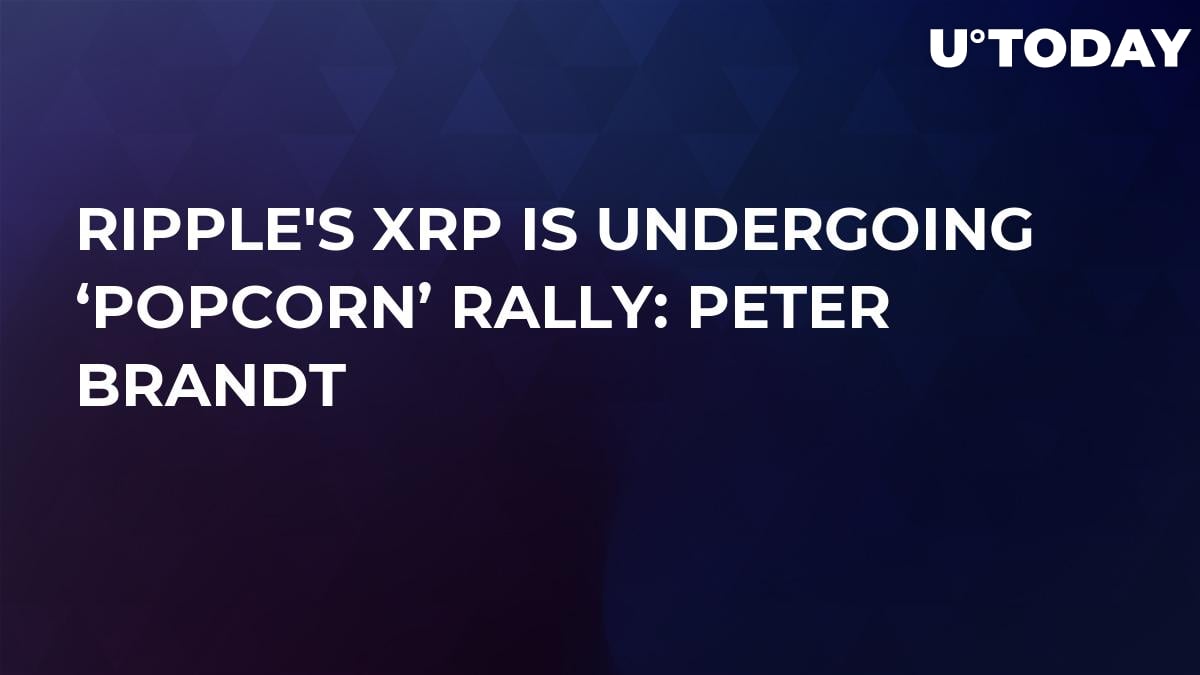 Peter Brandt, a trading veteran who famously predicted that Bitcoin’s price would tank after reaching $20,000, now claims that Ripple’s XRP is undergoing a so-called ‘popcorn’ rally. In plain words, it means that XRP’s potential price surge will be a flash in the pan.

$XRP is undergoing what career traders refer to as a "popcorn" rally pic.twitter.com/ED92iliHKG

Brandt compares the third-biggest digital asset by market capitalization to the highly volatile process of a corn kernel popping. After reaching the top of the pan, the corn kernel immediately falls down. Similarly, according to Brandt, XRP won’t be able to keep its momentum going. However, one Twitter user was quick to point out that such ‘popcorn rallies’ will build the necessary support until the pan gets filled with corns.

As reported by U.Today, Brandt recently claimed that XRP was 'coiling up'. He clarified that this expression only pertains to the volatility of a given stock. Hence, it isn’t an indicator of a significant price uptick. The famed trader also predicted that Stellar (XLM), which powers IBM’s new cross-border payment system, will be worthless.