Not Crypto, But Bitcoin: Blockchain Remains a Puzzle for People Says Messari

Vladislav Sopov
The last few days of the decade are perfect not only for summarizing events and trends, but also for making projections. Ryan Selkis named Bitcoin’s top trends for 2020. 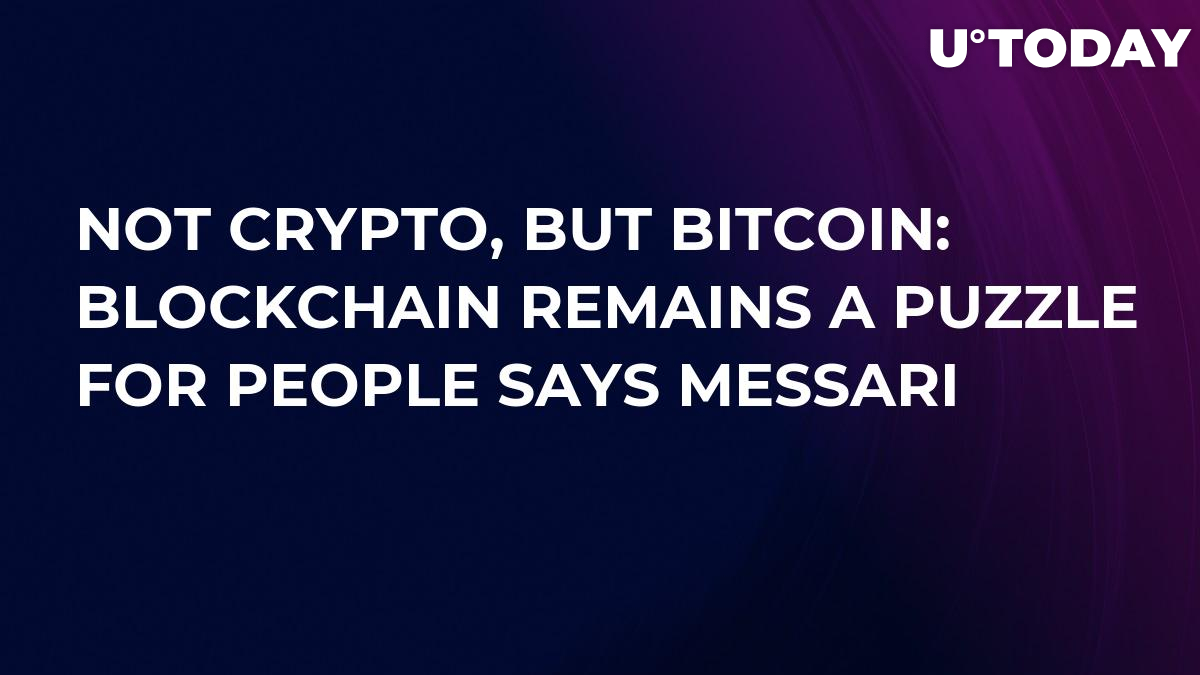 Blockchain researchers usually analyze the industry from the inside. In a recently published report, Messari blockchain researcher, entrepreneur, blogger, and former venture capitalist Ryan Selkis started his "Bitcoin Trends" rankings in an attempt to do otherwise.

According to the Mr. Selkis, people outside of the industry don't care about anything but Bitcoin. For the average Joe, crypto means Bitcoin and only Bitcoin. Mr. Selkis associated this fact with a relatively easy-to-understand feature on Bitcoin. He said the following:

The reason is that you can explain it to a five-year-old.

Furthermore, Bitcoin spent several years managing its reputation as having "the lowest attack surface and the longest track record". In turn, people are only interested in investing their money in safe, secure, and simple instruments, especially after the drama of 2018.

Mr. Selkis also suggested that there are some political divisions between Bitcoin and Ethereum advocates. While the Bitcoin (BTC) community shares right-wing views, the Ethereum (ETH) community skew towards the left. Furthermore, Ethereum is not backed by a strong anti-government counterculture like Bitcoin.

Finally, Mr. Selkis predicted that "the strongest crypto narrative around government mismanagement of debts" will more likely attract people from outside the industry more towards Bitcoin and not Ethereum.

Will Bitcoin dominate in 2020? Write your predictions in the Comments Section below!