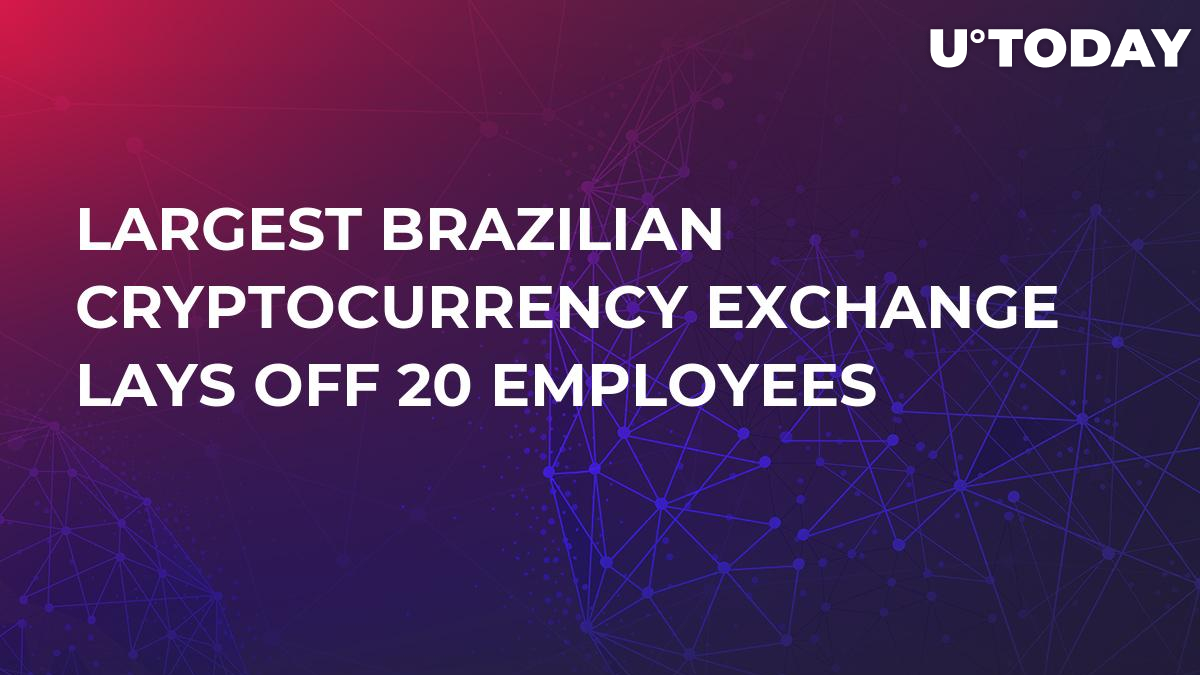 Mercado Bitcoin, the largest Brazilian cryptocurrency exchange by trading volume, goes on a firing spree, cutting ties with more than 20 employees, a local media outlet reports. The exchange justifies the move by its desire to focus on “professionalization.”

More than 20 employees getting axed

The outlet mentions that the firing was fairly unexpected, and some people burst into tears after losing their jobs. The whole marketing and HR departments were shuttered after the firings. However, one of the employees stated that the layoffs were expected due to the fact that most of their projects during the last few months were scrapped. In general, the working environment started getting worse with people procrastinating and doing simplistic jobs for days.

A pivotal case has been lost

Last week, the exchange also made headlines after losing a major court case against the banks. Basically, local banks have the power to close cryptocurrency accounts without breaking the law. Brazilian industry experts suggest that it was a major blow to the cryptocurrency market in Brazil. From now on, cryptocurrency exchanges will have to turn to offshore banking.

Notably, Mercado Bitcoin is the leading Bitcoin exchange with 960 BTC in transactions this month alone. To put this into perspective, the exchange is responsible for one-third of the country’s total trading volume. On Oct. 10, Mercado Bitcoin also made an announcement about adding Ripple (XRP) to the list of its available assets, which currently consists of Bitcoin (BTC), Litecoin (LTC) and Bitcoin Cash (BCH).

A glimmer of hope

While the Brazilian exchanges remain under scrutiny and Brazil’s official stance on crypto remains rather hawkish, the local cryptocurrency community does have friends in the highest echelons of power. As U.Today reported earlier, the New Party leader João Amoêdo ran on legalizing Bitcoin and adopting Blockchain to curb corruption. While he was only in the fifth place during a recent presidential election, there is still a glimpse of hope.