Ripple Has Tried to Buy its Way Onto Major Crypto Exchanges

Darryn Pollock
Although ranked number three in terms of market cap, Ripple is not easily bought, but it has tried to throw money at that problem. 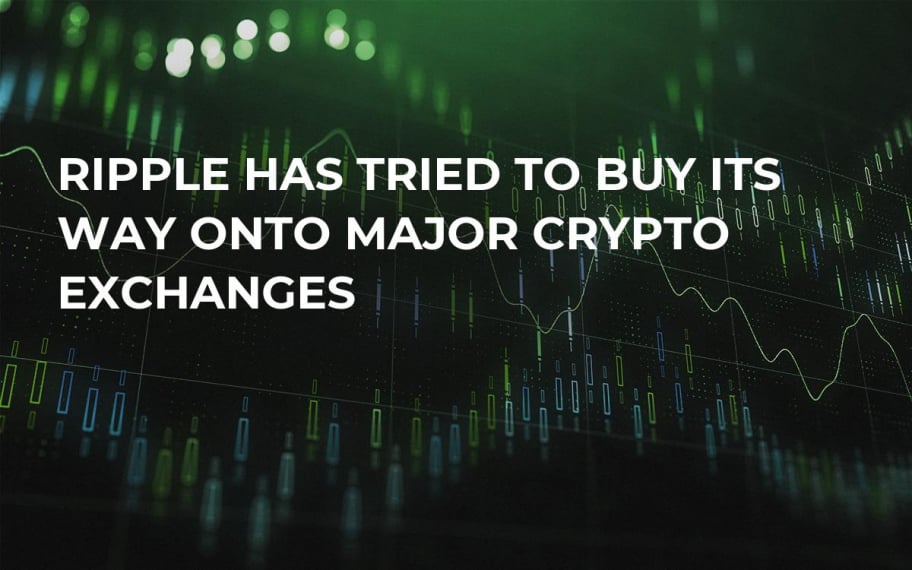 Ripple, the number three coin when it comes to market capitalization, is slowly forging its way in its chosen niche, as a cryptocurrency for interbank transfers, but it sorely lacks in other aspects.

Ripple has not made it onto some of the bigger cryptocurrency exchanges, especially in the US, and it has emerged, according to Bloomberg, that they have tried to remedy that with money.

According to unnamed sources by Bloomberg, Ripple has tried to pay Gemini and Coinbase in order to get their coin, the XRP, listed.

Ripple has faced problems with acceptance before as many believe that it is not a true cryptocurrency due to its centralized nature. This has clearly influenced its growth in terms of organic spread across exchanges and other mediums of exchange.

There were rumors at the beginning of March that Coinbase would be adding the banking coin to its stable; however, these rumors are quickly debunked by Coinbase.

It now has emerged that Ripple, despite its banking partnerships, is still keen on getting more mainstream adoption, despite admitting on its website that it is not a coin to be invested on in a speculative manner.

This alleged move by Ripple to try and get listed indicates that it does indeed have in its plans a growth of speculative investment, but it has hit a snag.

Ripple has now signaled that its future success hinges in part on getting XRP listed on the top trading venues. But there’s a major headwind in that effort: US officials have warned unlicensed exchanges not to list tokens that could be deemed securities. XRP’s control by a single company has fueled speculation it could fall under that designation.