Alex Dovbnya
Things are not looking good for the mining juggernaut with layoffs, mammoth-sized losses, and Jihan Wu’s rumored departure 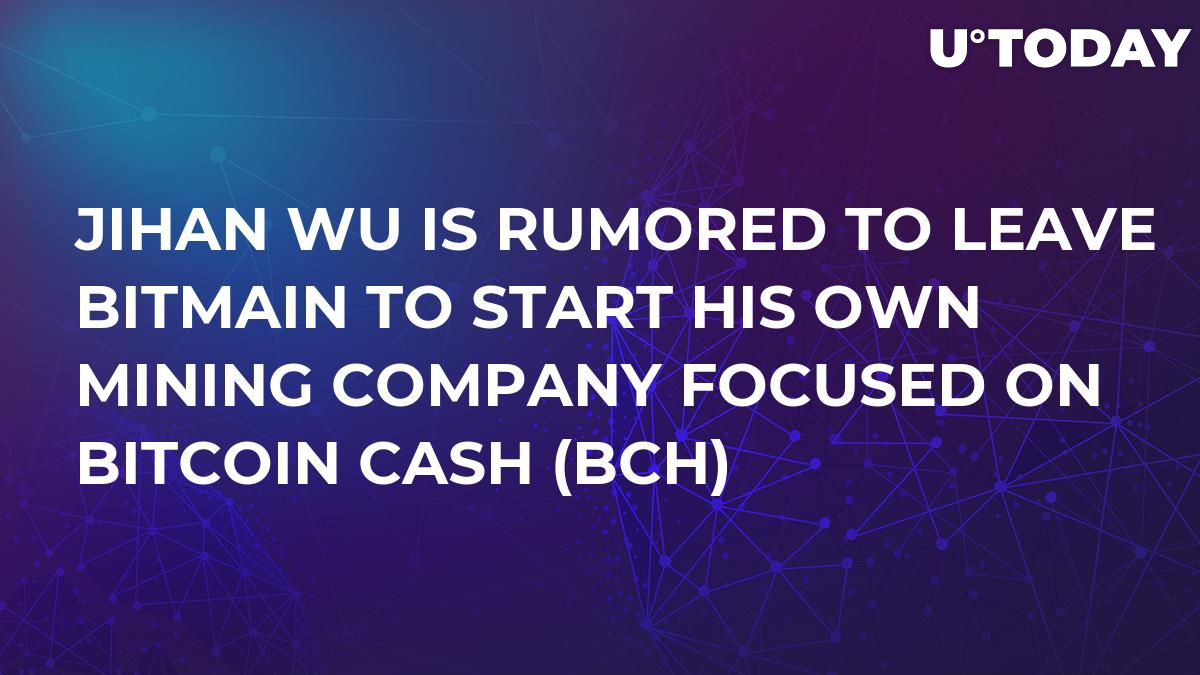 Dovey Wan, a founding partner of Primitive Ventures, has just revealed on Twitter that Jihan Wu might be cutting ties with Bitmain, citing multiple unofficial sources. Wu is allegedly planning to start his own company that will focus on Bitcoin Cash (BCH) and decentralized finance (DeFi).

according to various sources, the new company is more like a spin out of Bitmain (so far not sure of the equity ownership structure), with primary focus around BCH and Defi

Bitmain caught in a death spiral

U.Today cannot verify the credibility of these claims, but as they say, there is no smoke without fire. According to a recent financial report that was provided to the Hong Kong Stock Exchange (HKEx), the mining giant lost a staggering $500 mln in Q3 2018. The fact that the biggest cryptocurrency company in the world also went on a firing spree by shutting down its offices in the Netherlands and Israel also didn’t help the company to stay on track.

The tale of two CEOs

Things came to a head when multiple media outlets broke the news about Wu stepping down as the CEO of Bitmain. Now, it seems like one of the most influential figures in the crypto space is leaving the company altogether.

As reported, Wu is not even the biggest shareholder in the company. Micree Zhan, who’s the mastermind behind the omnipresent ASIC miners, owns a 36.5 percent stake in the company. Wu and Zhan allegedly disagreed on multiple  issues, including Bitmain’s darling Bitcoin Cash.