Japanese IT Heavyweight GMO Loses $12 Mln on Crypto in 2018: Report

Yuri Molchan
Japan-based IT market leader GMO issues a report containing data of a $1.36-bln yen loss in 2018 by the company’s crypto business; that is around $12 mln 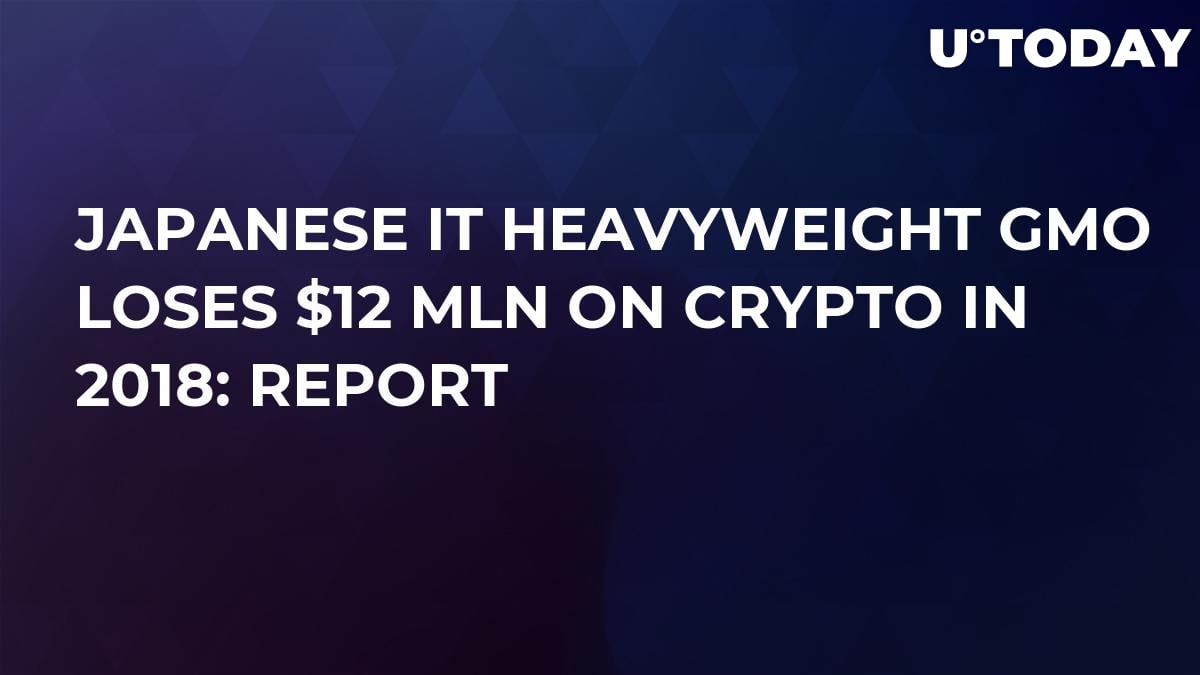 On Tuesday, a GMO-made report for 2018 was issued. The sad news for the company was that throughout 2018, it had losses of about $12 mln in the crypto segment of its business. That includes its crypto exchange and mining. Overall profit turned out to be $74.51 mln.

Losses from mining are the worst

The report shows general figures of profit and losses for the GMO giant. Its business based on crypto exchanges brought it slightly under $7 mln in 2018. The company’s mining business kept going down in 2018, and the overall loss from it totalled $18.3 mln. The fourth quarter was the hardest for GMO’s mining direction – the amount of money the company lost amounted to over 50 percent of its total loss for the whole year.

Besides, the financial troubles reported did not mention the major loss of $319 mln in the crypto mining direction of the company’s business, which it reported in December 2018.

The lost revenues were mainly due to the fact that the company decided to give up producing mining gear after it had lost hope in seeing the market being relieved from the heavy impact of the bears.

As for GMO’s mining centres, the company even relocated them since their share of revenues from this sphere failed to rise along with the hash rate around the world.

GMO plans to do mining at a less cost of energy

To minimize its losses from mining, the company intends to move to a new location by the end of the year. The location has not been disclosed, but it will enable GMO to get lower prices for electricity – 7-8 cents per kWh.

Stablecoin on track to be launched

GMO reps have also confirmed their already announced intention to create a stablecoin backed by the Japanese yen – GYEN. Presently, they say the work is underway, and the coin will be released later in 2019 in foreign markets.