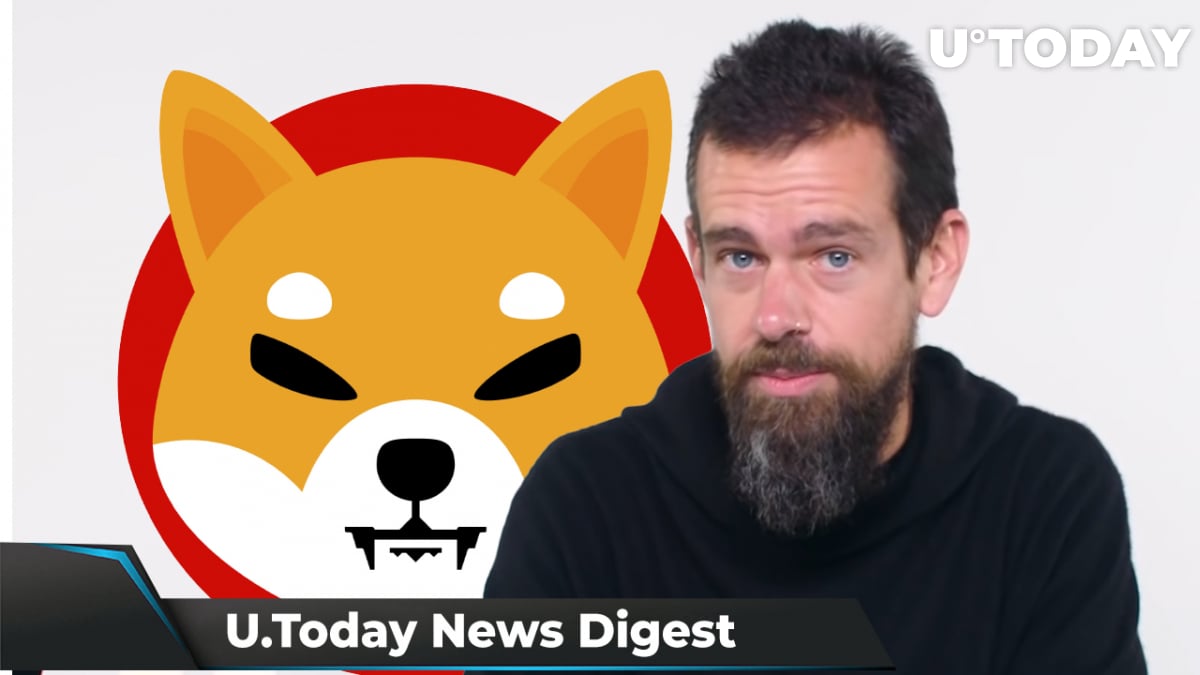 U.Today presents the top five crypto news stories over the past day.

According to a CNBC report, Jack Dorsey, one of the most vocal supporters of Bitcoin, has announced that he will resign from the post of Twitter CEO. Dorsey co-founded and became the first CEO of the highly influential social media company in 2006, pioneering the microblogging trend.

The company will now be helmed by Parag Agrawal, Twitter’s chief technology officer.

After almost a month of teasing the Shiba Inu community, Kraken, the San Francisco-based crypto exchange, has listed the SHIB token. The platform has already opened deposits for the meme-coin and will make it available for trading in two days.

Yesterday, an anonymous wallet moved 40 million XRP to a wallet owned by Binance, which represents approximately 25% of the current daily trading volume on the exchange. Exchange between undisclosed whales is anonymous and has not been known to the public. The second wallet, which initially transacted 40 million coins to the wallet that sold it on Binance, is currently holding 156 million XRP coins.

Dutch millionaire is bullish on Shiba Inu and Dogecoin

In his tweet, Zihni Özdil, Dutch millionaire and former member of the country's left-wing green party, says that he feels bullish on two rival meme-tokens: Shiba Inu and Dogecoin. Both cryptos, according to Özdil’s observations, have formed the bull flag pattern, which often indicates a price increase following a long period of consolidation. However, he warns that if an interest rate rises, people should stay away from crypto.

Here’s how much El Salvador makes by trading Bitcoin

El Salvador, the country known for its progressive decision to adopt Bitcoin as legal tender, is currently following a “buy the dip” strategy. On Nov. 26, El Salvador's president Nayib Bukele stated that the country purchased an additional 100 BTC. Since then, the position's value has climbed by $389,000. Previously, El Salvador bought 150 new coins when Bitcoin’s price dropped in September. If El Salvador were a private trader, even with a 15% retrace from the peak, his portfolio would have been up by $2.1 million. Following the most recent market deal, the country currently owns 800 Bitcoins, valued at around $45 million.