Denys Serhiichuk
If Bitcoin sounds too trivial and you want to wide your crypto assets portfolio, look at best altcoins to invest in 2019 and get high profit 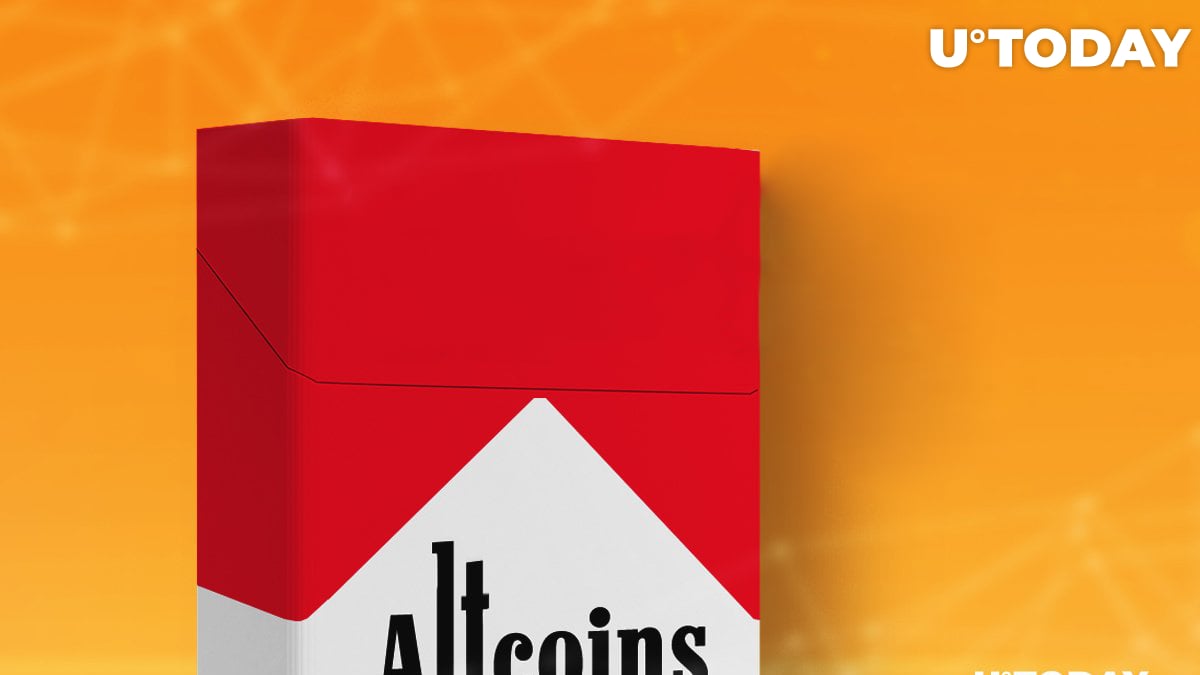 How to choose a cryptocurrency that will be profitable in the future? This is a difficult question and must be approached with the utmost seriousness. Besides Bitcoin, there are dozens of other promising coins, and sometimes when the rate of the main cryptocurrency falls, the prices of altcoins increase. To predict what digital asset will grow in 2019, you need to understand the structure of the market.

First of all, you should study all the offers on the market and choose the most top-rated currencies. We conducted an analysis and identified 10 altcoins that, in our opinion, are the most profitable for investment today. So let's consider the most promising digital assets on the market.

The EOS platform is one of Ethereum's competitors, which promises to solve the scaling problem by providing a more reliable set of tools for building and running applications. The capitalization of the token makes up about 3 billion US dollars, and it ranks fourth on the list of top cryptocurrencies.

Reasons for investing in EOS:

It is impossible to make a rating of promising cryptocurrencies in 2019 without Ethereum, which is a part of the platform for developing decentralized applications.

The first thing to note is that the forecasts for 2017 turned out to be even more pessimistic. Many assumed that by the end of the year the rate of ETH would be about $1,000. However, the cost of 1 coin was higher by almost $300. Moreover, there were suggestions that the price of $1K would be reached only by 2019. No one excludes the possibility that the rate will grow and then fall to these values, although a number of analysts suggest a further increase in the cost of Ethereum. Currently, Ethereum is the second cryptocurrency after Bitcoin by capitalization.

What is the future of Ethereum:

Cardano is an Ethereum rival and is designed to operate with smart contracts. It is a promising cryptocurrency aimed at the democratization of finance and the formation of a decentralized economy.

One of the creators of Cardano is Charles Hoskinson, who participated in the development of Ethereum. Cardano’s platform code is one of the most secure. The project also works very closely with government regulatory authorities, in particular to fight against money laundering. The high level of confidence in the developers made it possible for this project to raise a whopping $500 million in investment for its ICO.

Check out this video, maybe you will decide to add some coins in your portfolio like DigiByte or Stratis.

Many people have already paid attention to Ripple, which is connected not so much with the advantages of the coin, as with its features. The bottom line is that the currency is not even an altcoin since it was not created on blockchain technology, but as a completely independent monetary system.

The project cannot boast a stable rate, but it has a large number of partners who have successfully implemented its technology. Today, such giants as the National Park of Abu Dhabi, UBS, and Santander cooperate with this cryptocurrency.

Last year, XPR showed stunning dynamics, its rate has increased almost 600 times. The coin has great prospects of becoming a mediator that connects the cryptocurrency industry and the banking sector.

Also, it is worth noting that the Ripple project is being developed under the strict guidance of world banks. This means that it is in the largest regulatory field, compared with other cryptocurrencies. Therefore, its growth can be faster than the growth of other coins.

It is a token of the Binance cryptocurrency exchange, which has the same name. It gives the opportunity to receive discounts on commissions in the amount of 50%, but every year this number will decrease.

The popularity of the currency is ensured by the demand for the exchange, which now occupies the first place in the daily trading volume of Ethereum, 4th place — Bitcoin, 3rd place — Bitcoin Cash, 2nd place — Litecoin, 1st place — Neo. As the exchange grows and develops, its token also increases in value. In addition, the site’s management buys back a portion of the coin in order to increase the value of the remaining ones. This is another feature that will positively affect the value of the asset.

Latest news in favour of Binance:

This is a Bitcoin fork, an improved counterpart. It has very low commissions and scalability. Its functionality is identical to that of Bitcoin, although there are a number of improvements.  For example, the SegWit update to increase block size was integrated into Litecoin before Bitcoin. Litecoin is trying to separate itself from associations with BTC with a new logo and vision for the future. But it is obvious that it will continue to maintain close ties with the Bitcoin network.

Litecoin is a good choice for long-term investment for the following reasons:

The basis of the TRON project is the implementation of a fully decentralized Internet. In this network, any user can share any content and perform completely secure transactions without being tied to a specific site. The result is the merging of various ideas from popular blockchains on the TRON network.

Reasons why Tron is a promising coin:

The Tron Foundation has many plans for 2019. In addition to events, the company intends to open access to smart-contracts for ICOs, which will also allow the same platform to be used for crowdfunding. Thus, it is hoped that the year 2019 will be completely “bullish” for Tron (TRX).

This platform (and cryptocurrency) is a development for a very fast-growing segment of the Internet of Things. We, in particular, are talking about everyday life devices (refrigerators, vacuum cleaners, stoves, toothbrushes, kettles, components of a smart home, various sensors, etc.), which are increasingly able to go online to complement and simplify our lives.

The goal of the IOTA project is a unified infrastructure for Internet things, with the possibility of fast transactions without fees and data exchange with a high degree of protection.

The last significant news that gave rise to the growth of IOTA was a partnership with Jaguar Land Rover. For now, it seems like marketing strategy works well and the growth won’t stop.

Based on the above, we can assume that 2019 should be a turning point for the cryptocurrency and for the entire project. Among many projects that offer ideas for the Internet of things, IOTA has the most thorough technical and organizational base. Accordingly, the popularity of the token will grow.

NEO was launched in 2014, and in 2017 it experienced a complete rebranding. The crypto community calls the platform NEO “Chinese Ethereum.” Such a comparison is acceptable because these projects have the same functionality — they are designed to develop decentralized applications. An important difference between NEO and Ethereum is their target users. It is worth mentioning that NEO is designed for Chinese developers of decentralized applications.

NEO is a promising cryptocurrency for investment for the following reasons:

In 2018, the cost of the cryptocurrency reached its maximum — $180, after which it began to decline. The success of this project will directly depend on two factors: the loyalty of the Chinese government and the general recovery of the market.

NEO developers are planning a full-scale transition to the new protocol. It will significantly speed up the network, improve scalability and increase data security. Successful implementation of the plans will attract attention and provoke a sharp rise in the price of a coin.

Stellar is a decentralized platform for fast and cheap transactions. It is the fork of Ripple with the removed flaws. The main pros of Stellar can be considered the scalability and openness of its source code. The indicative point of this cryptocurrency system is that it is able to cope with thousands of transactions carried out within one second without problems. In this case, the confirmation of a transaction takes no more than 5 seconds, which is an unattainable result for modern cryptocurrencies. Similar characteristics of Stellar allow it to compete on equal terms with money transfer bank services.

Also, one of the most important advantages of the coin is the presence of support for SCP technology, which allows network participants to engage in the exchange of cryptocurrency, fiat money, and tokens and other assets without any restrictions. Thus, this technology compares favorably to the more common PoW software protocol.

Why Stellar is a promising cryptocurrency:

Choosing the altcoin to invest in

In order to feel more comfortable in this not very predictable market, it is best to diversify your risks and purchase 10-20 different coins. Such an approach will help protect your investment from large losses.

NFL Star Aaron Jones to Be Paid in Crypto