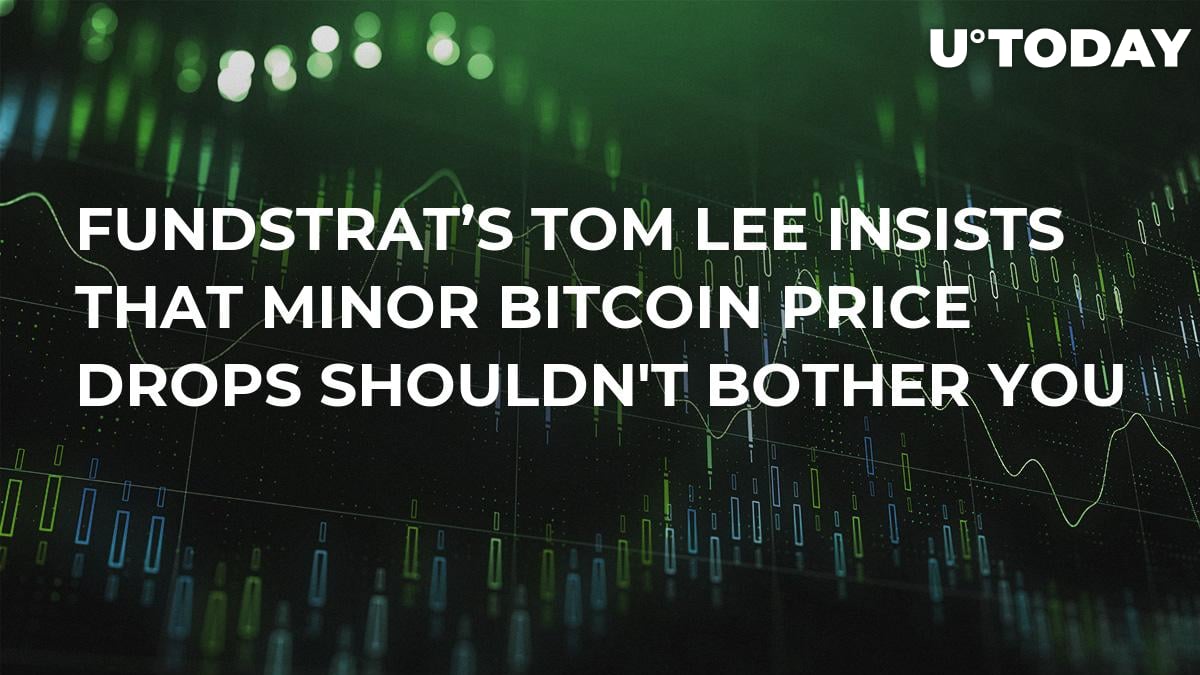 Tom Lee, the founder of Fundstrat, is clearly not concerned by Bitcoin’s recent downturn. In his latest tweet, Lee claims that the “painful” $2,000 is invisible on the weekly timeframe.

As reported by U.Today, the top cryptocurrency dropped by more than 10 percent on June 10 after surpassing the $13,000 for the second time this year. The unexpected rally didn’t have any legs, and Bitcoin failed to match the current yearly high of $13,866.

Lee suggests that Federal Reserve Chairman Jerome Powell is the one to blame for Bitcoin’s bad day. According to Powell, Facebook’s Libra, which supposedly fueled the crypto rally in July, raises “serious concerns” when it comes to its customers’ privacy and money laundering.

At the time of writing, the BTC price is at $11,684.44, already showing some vague signs of recovery. However, even if the coin’s price does manage to rally again, trader Josh Rager still sees it as a shorting opportunity given that the currency buying volume is too small.

$BTC not overly convinced with the volume

This could turn into the 'short the rally' type of scenario for now pic.twitter.com/WxKWsN0xAQ

Lee claimed that the BTC price above $10,000 would unlock the highest level of FOMO. Earlier this week, he hit the nail on the head with his prediction by saying that we would see “fireworks for BTC” this week. As we are moving closer to the end of this week, Bitcoin as volatile as ever.