Fundstrat’s Tom Lee Claims: We Are Currently at Highest Level of FOMO

Alex Dovbnya
Once retail investors start FOMOing in, Bitcoin might come back with a blast by surpassing its current ATH of $20,000 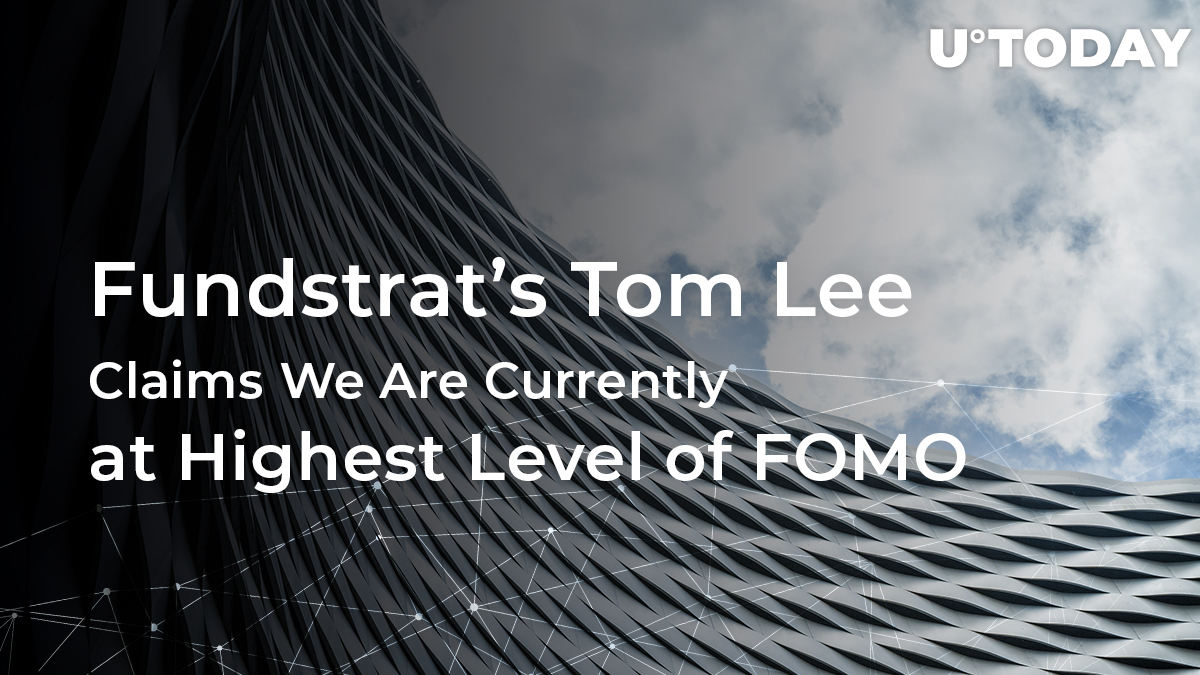 Tom Lee, the founder of analytical firm Fundstrat who also happens to be a major Bitcoin bull, has just announced that we had reached the highest level of FOMO (Level 10). According to Lee, we may see some fireworks this week.

#bitcoin has acted very differently since crossing above $10,000–a level we defined as Level 10 FOMO as it only represented 3% of historical days.

This week we may see #fireworks for $BTC ????? https://t.co/FgHReyMLLH pic.twitter.com/NwOKnBnL7l

Related
Peter Brandt: 'We Are Still in the Bull Market'

The time has come

As reported by U.Today, BTC crossing the $10,000 mark would trigger the highest level of FOMO.

Overall, Fundstrat has defined ten levels of FOMO. Notably, the “full-blown” degree of FOMO represents only 3 percent of Bitcoin’s lifespan.

While Lee is not always spot-on with his price predictions, he hit the nail on the head with this one. Right after entering the five-digit territory for the first time since January 2019, it triggered an enormous level of volatility.

A new ATH is likely

From that point, Bitcoin continued seesawing – the price quickly recovered after going below $10,000. At the time of writing this article, it is trading at $11,699.

If history repeats itself, BTC could print a new ATH after its most recent 30 percent pullback.

There are great rewards for buying pullbacks in a bull market