Yuri Molchan
The Whale Alert Twitter account records a $99,000 payout on the Ethereum-based bond by Santander, while a crypto trader expects ETH price to start growing 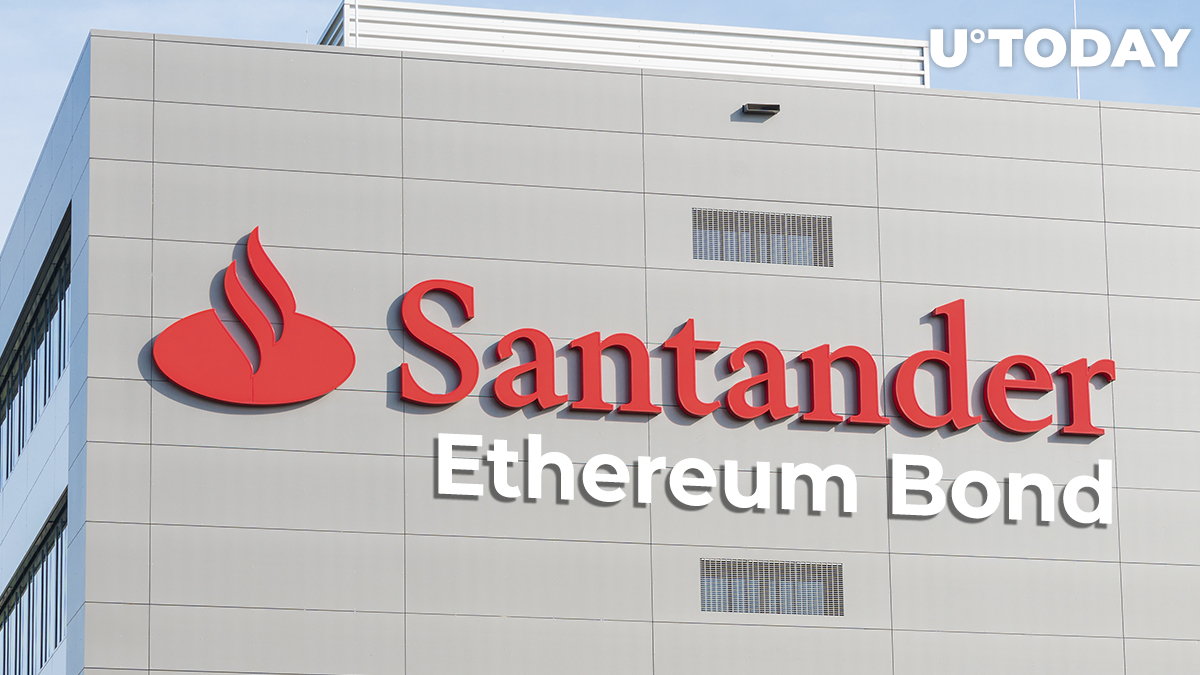 The Whale Alert Twitter account has reported a quarterly payout of $99,000 on the first blockchain bond launched by the Santander banking group on the Ethereum ledger back in September.

In the comment thread, some users now say they expect the ETH price to spike.

The first Ethereum-based bond from Santander

“The bank issued the bond directly onto the blockchain and the bond will also continue to exist only on the blockchain: a first step towards a potential secondary market for mainstream security tokens in the future.”

“The goal for Santander CIB is to engage with our most innovative clients as we move from the project stage to product development.”

The issued bond is worth $20 mln and one of the banking group’s units purchased it. It was settled via Ethereum as well via tokenized cash.

The Twitter bot that follows large transactions on various blockchains has published the data on this particular payment made in three parts, providing links to Etherscan.

? A #santander bond that was settled on #ethereum has accrued the first 99,000 USD quarterly interest. The series of transactions that are part of this are:https://t.co/sWIfjFirnehttps://t.co/wBYHhPL0hjhttps://t.co/hUu7bHNIKy

One of the users in the comment thread has assumed that the price of ETH should surge after this.

A crypto trader @TheCryptomist writes that the ETH price has been in the Falling Wedge pattern for three days now. After staying in this pattern, an asset price is often likely to make a bullish reversal.

The Cryptomist sees only one opportunity for bears to take over, however, she is inclined to be ETH-bullish.

You can see the stop hunts below support of this 3 day falling wedge, but support stands

Am monitoring this -could be rewarding move up, which will push alts also pic.twitter.com/uxdDAZlYFa

There is another major factor for Ethereum that makes many believe in its bullish movement at least in the long-term – on December 8, the Istanbul hard fork took place, which promises to solve scalability issues and make the blockchain ditch the Proof-of Work algorithm for the Proof-of-Stake one.

Another trader made a bullish forecast on ETH, saying that in summer 2020 the price may hit $423.