Ethereum Is on Its Way to $1,520 as Markets Feel Short-Term Relief: Crypto Market Review, September 27 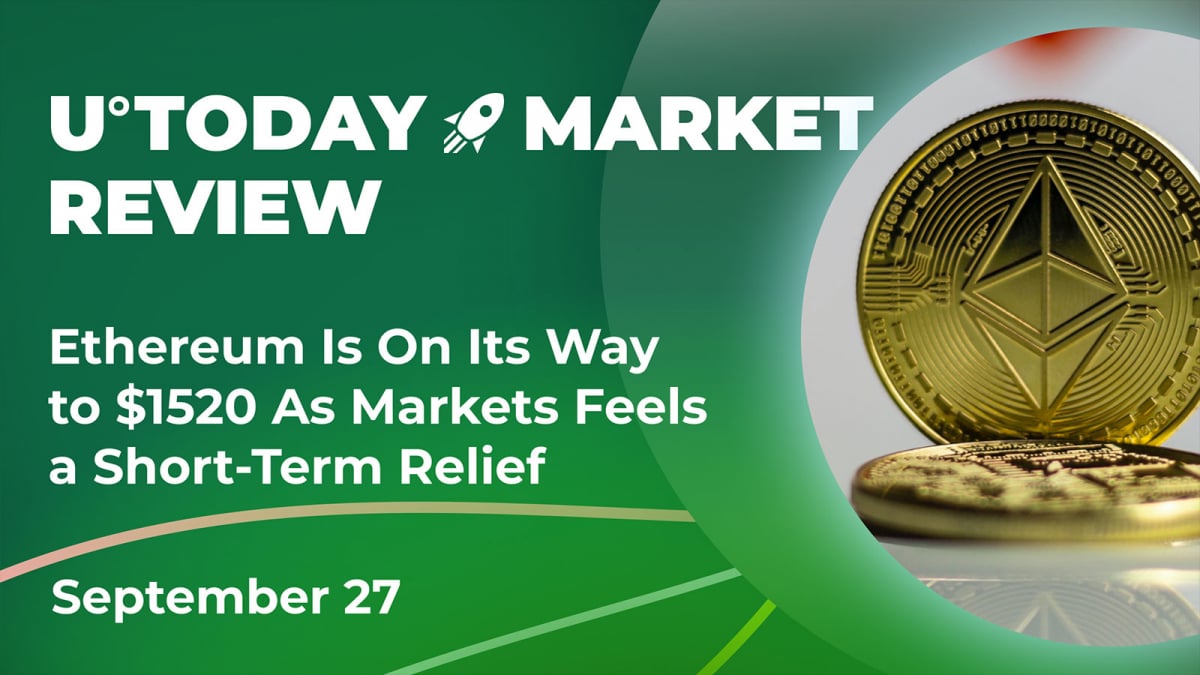 The cryptocurrency market is finally facing the recovery it desperately needed for the last few weeks. Bitcoin managed to climb back above the $20,000 price range, and Ethereum is trying to get closer to $1,500.

As we all know, Ethereum saw a massive spike in selling pressure at the exact moment the Merge network upgrade went live. The main reason behind it was the "sell the news" sentiment prevailing among investors and the lack of regulatory clarity after the network changed its consensus algorithm to a pure PoS.

The SEC, as the most feared regulator in the cryptocurrency industry, stated that Ethereum falls under the jurisdiction of the United States and can be regulated in accordance with existing security laws.

If Ethereum is treated as a security, its holders will have no other choice but to report to the SEC directly and get taxed accordingly. However, this may cause a massive outflow of Ether from centralized exchanges, especially ones based in the U.S.

Apart from causing a potential financial catastrophe on the digital assets market, it is not clear how the regulator will control the distribution of Ethereum and its movement on the decentralized network without causing critical harm to the entire ecosystem.

As the SEC eased up on the second biggest cryptocurrency on the network, investors calmed down and netflow on the cryptocurrency recovered back to normal values, with the price reacting positively.

It was obvious that Luna will face a large spike in selling pressure as soon as it reaches the first resistance level. In the last 24 hours, LUNC lost around 10% of its value and retraced from $0.0003 to $0.00027.

Despite the pump caused by Binance's burning fee implementation, fundamentally LUNC remains in a poor position as the 1.2% transaction fee that gets burned every time is not enough to make assets with around $2 billion in market capitalization deflationary for the foreseeable future.

Other centralized exchanges will most likely follow Binance's example and implement the fee. However, the low transactional activity we saw before the proposal was revealed means that, in the long term, deflation will not help LUNC, and the asset needs more use cases to become popular among investors and gain traction on the market.

In general, most assets on the cryptocurrency market are seeing slight inflows as Bitcoin successfully breaks through the $20,000 resistance level and moves much closer to the 50-day moving average.

Unfortunately, digital gold remains in a downtrend and will most likely see a spark in selling pressure as soon as it reaches the top of the range, just like it did back on Sept. 13.