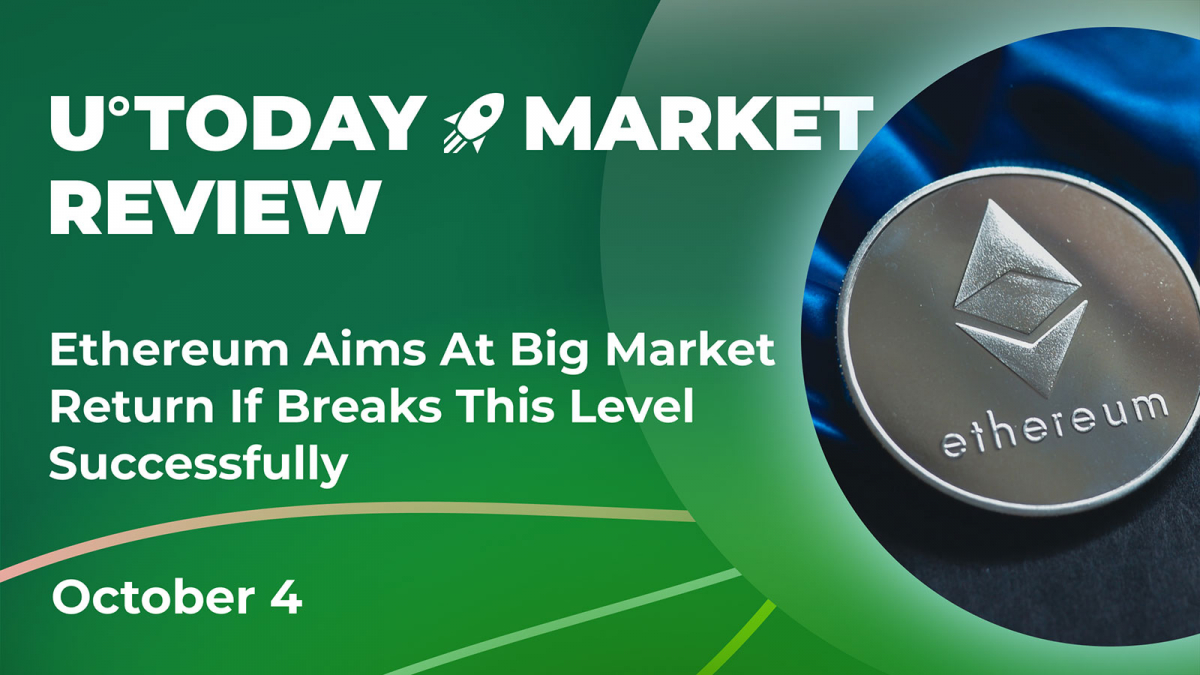 The cryptocurrency market returns to the green zone as the negativity evaporates from the market and investors seek more exposure to digital assets compared to last week. The rally on assets like gold might herald an upcoming reversal on financial markets.

Thanks to the aforementioned recovery, we are seeing a number of alternative cryptocurrencies moving upward as assets like Lido DAO show almost a 9% return on today's market, becoming one of the best performing assets on the market today.

XRP, on the other hand, is not showing a growth pace similar to Lido's, but at the same time, it is moving toward a breakout as the symmetrical triangle is being formed following a mild correction after reaching the local top that correlates with the 200-day moving average.

Following Ripple's success in court, XRP has been showing strong performance on the market. The total return from the rally is currently more than 70%. As we mentioned in our previous market review, XRP needs another push from bulls to continue the rally, since it has been showing some noteworthy fading signs, like descending volume and decreasing volatility.

If the market recovery continues, XRP will most likely break the upper border of the pattern and rally upward to the next resistance level, at approximately $0.6.

The price spike of LDO token could be more than just a result of a recovering market. Lido Finance is the biggest Ethereum holder on the market, with more than 30% dominance of the whole network.

Ethereum's price performance has a strong correlation with LDO as one of the main reasons why people receive exposure to LDO is to benefit from ETH staking and market movement. After the Ethereum Merge, Lido saw a rapid decrease in inflow volume as Ether started to lose its value rapidly. In only a few weeks, ETH's value tumbled by more than 30%, and so did LDO's.

With the 11% growth on LDO, we might see the recovery of Ethereum next, which was already the case prior to the Merge update. Despite all the positivity, Lido has a long way to go as it has to gain at least 20% from the current price level to break the next resistance threshold reflected in the 50-day moving average.

As for the second biggest cryptocurrency on the market, Ethereum desperately needs fresh inflows, as its recovery lacks fresh trading volume that would act as fuel for the asset. Since the Merge went live, Ether has been continuously losing value, and this trend will most likely continue considering the unattractiveness of digital assets.