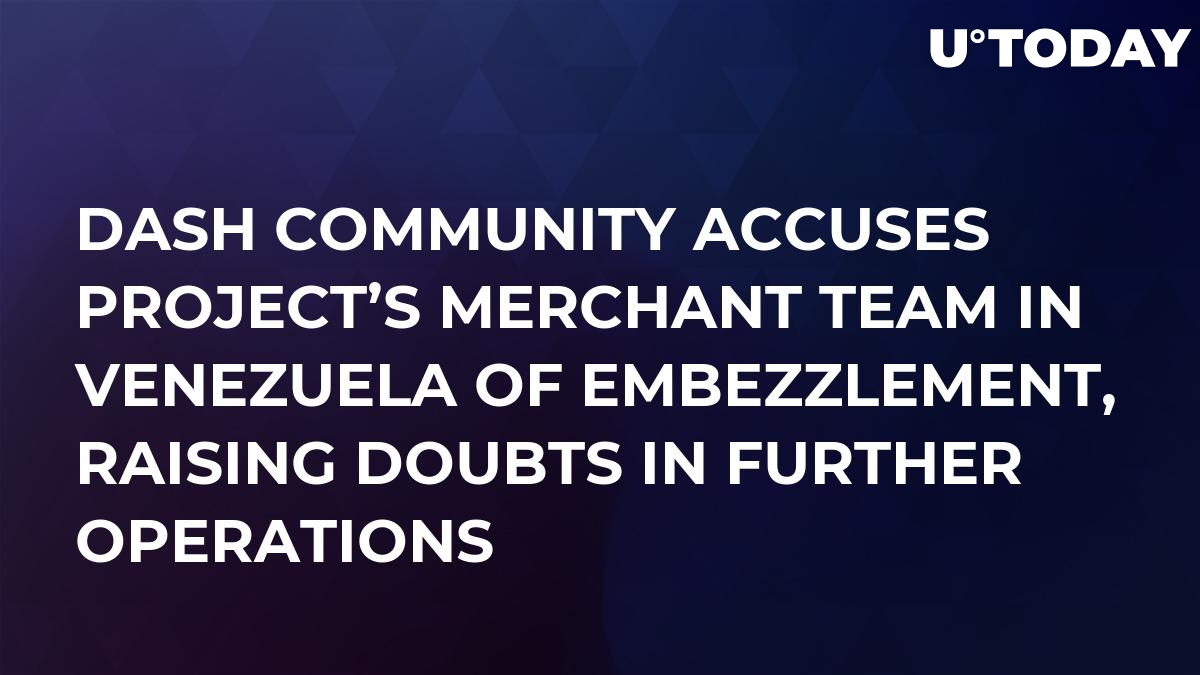 Dash Merchant Venezuela is getting severe punches from the global Dash community for supplying deceptive documentation about salary remuneration.

Dash Watch has published its financial report regarding October-December of last year, saying that Dash Merchant Venezuela (DMV), the team working on adoption of the virtual coin DASH among merchants in the country, had supplied false data regarding the payouts of salaries to its employees.

Further on, details were reported that the fake data had been sent in due to worries regarding the team’s concerns about the possible disclosure of this data in Venezuela, taking into account the current unstable political situation there.

The Dash platform has recently been making great attempts to raise the degree of DASH adoption in Venezuela. Last year, the media often wrote about the significant progress the DMV team has been making, getting local merchants to start accepting DASH from the population.

Now, the reports of embezzlement or even a shadow of such suspicions could turn the coin’s recent progress into a deep fall, especially taking into account the long dominance of sellers in the market.

Dash Watch has assured the community that from now on DMV will be providing only accurate data and has already supplied the necessary documents which earlier had been falsified purely out of security measures.

Things with DASH are cool otherwise

Despite the negative media reports about the incident with DMV, DASH adoption in Venezuela seems to be going excellent.