Dash to Be Accepted at Vegetarian Restaurant in Thailand

Alex Dovbnya
After a failed partnership with KFC, Dash continues expanding its merchant adoption around the globe 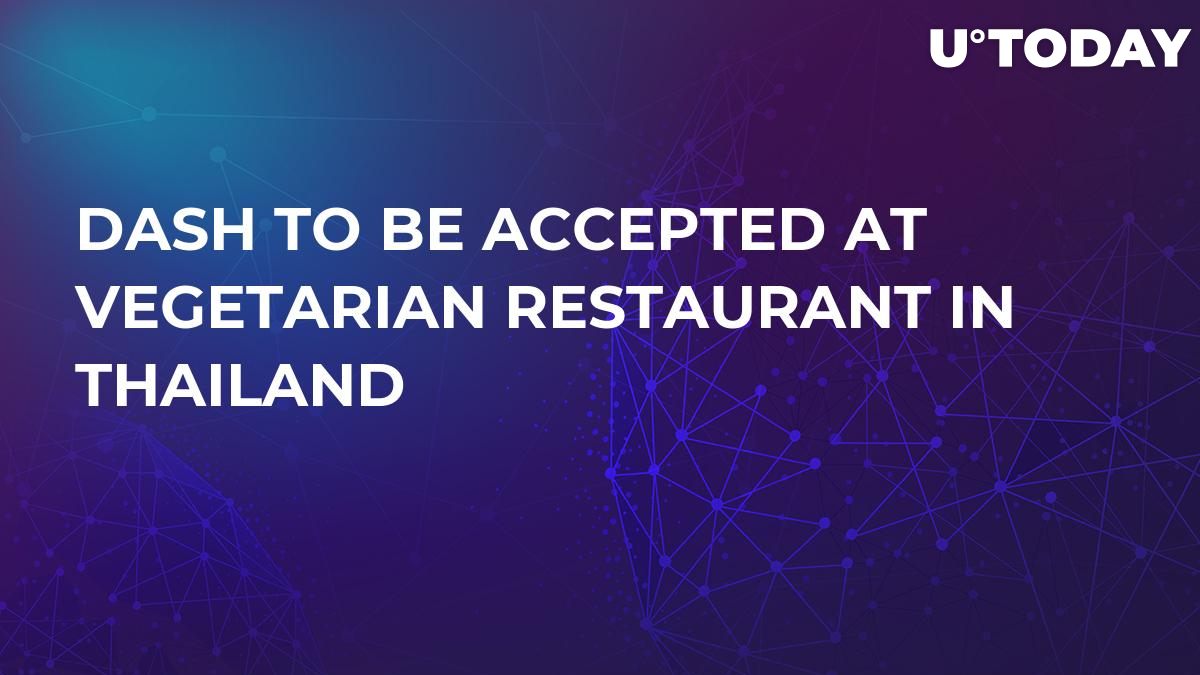 Dash acceptance is growing worldwide with Thailand being the latest destination. In a recent Facebook post, Dash Embassy Thailand revealed that DASH, the 15th biggest currency, is going to be accepted at a vegan restaurant in Bangkok.

As the New Year ball is about to drop, some people may wish to eat healthier. Dash Embassy Thailand is translating this wish into a reality by offering a double-whammy of a healthy diet and growing cryptocurrency acceptance. BarefoodBangkok is set to become the first vegan restaurant in Thailand to add the currency. The members of the Dash community will soon be able to enjoy vegan nut-based cheeses and beef-mimicking burgers.

Getting another merchant on board is important for the global adoption of the DASH cryptocurrency. However, the burgeoning crypto startup was recently subjected to some negative coverage in the media after fast-food behemoth KFC Venezuela denied the numerous reports about accepting Dash payments.

On Dec. 9, U.Today reported about Dash celebrating the embracement of the top altcoin by KFC Venezuela. Later, however, Dash Merchant – Venezuela had to issue an apology after Antonio Sampayo, the CEO of KFC Venezuela, stated that they were not going to accept Dash payments.

Public apology from Dash Merchant management, regarding media reports on our relationship with KFC Venezuela, and our efforts for Dash to be accepted as a form of payment @KFC_VZLA pic.twitter.com/6LxSEPL2qs

The acceptance is growing

Hopefully, vegan Dashers will be able to get their nut-cheeses instead of reading an apology! As of now, more than 4,000 merchants around the globe accept Dash payments. In November, the crypto startup scored a major partnership with payment processing provider ePaymints, which is expected to further expand its adoption (it processes payments in 180 countries).

Speaking of more recent news, crypto-oriented payment processor AtomicPay rolled out a WooCommerce plugin for online stores that supports Dash along with other major coins.