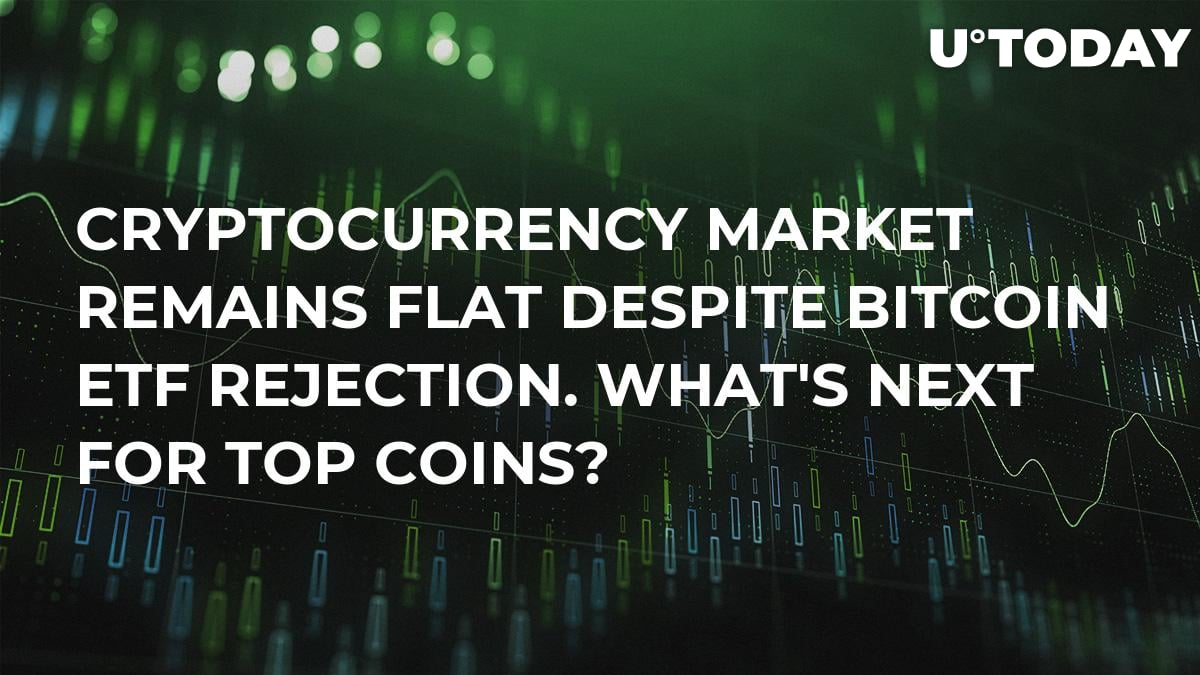 The cryptocurrency market has had a very boring day with top coins failing to make a decisive move. Bitcoin (BTC) is stuck in the $8,500 range while altcoins see minor red updates.

Bitcoin not unfazed by SEC

At the time of writing, BTC is changing hands at $8,531, dipping by a minuscule 0.16 percent over the last 24 hours. Surprisingly enough, the coin that started it all didn't even budge after Bitwise's ETF proposal got eventually rejected by the SEC. It appears that nobody expected the US regulator to finally green-light a Bitcoin ETF, and its rejection was already priced in.

Now, cryptocurrency trader Luke Martin says that Bitcoin potentially dropping back to the $8,300-$8,400 level could be "an attractive buying opportunity."

I think a pullback to the 8300-8430 zone would be an attractive dip area for buying.

Would you buy that dip or do you think we find new lows? pic.twitter.com/OZdvoW4iEf

However, Josh Rager thinks that the bulls will not give up the $8,500 level that easily, urging traders to watch the order book.

Meaning this area is currently being protected at $8500 - but things can always change pic.twitter.com/ecv8ybAWUE

Ethereum (ETH) is also trading flat with a mere 0.50 percent dip. Its price didn't react to the CFTC potentially approving Ethereum derivatives, which would allow exchanges such as CME Group and Bakkt to offer ETH-based Bitcoin futures.

With that being said, cryptocurrency investor and CNBC contributor Brian Kelly has already called it "very big news" for the industry.

XRP takes a day off

XRP (XRP), after recently witnessing a major price uptick, had an expected respite on Oct. 10. However, as reported by U.Today, crypto trader "Galaxy" noticed that Ripple's native token was retesting the resistance level.

$XRP taking a small break and retesting the breakout level.

Bullish as long as 3000 holds and will increase position after a daily close above support. pic.twitter.com/xeex5E9FB1

He previously forecasted that XRP could surge by up to 4,600 percent after forming a bullish MACD crossover.

Speaking of other top coins, Bitcoin Cash (BCH), Litecoin (LTC), EOS (EOS), Cardano (ADA) are all down by more than three percent.

Meanwhile, Chainlink (LINK), which shot up to 13th spot yesterday, has experienced a brutal 7.63 percent drop. The oracle token is trading at $2.53.