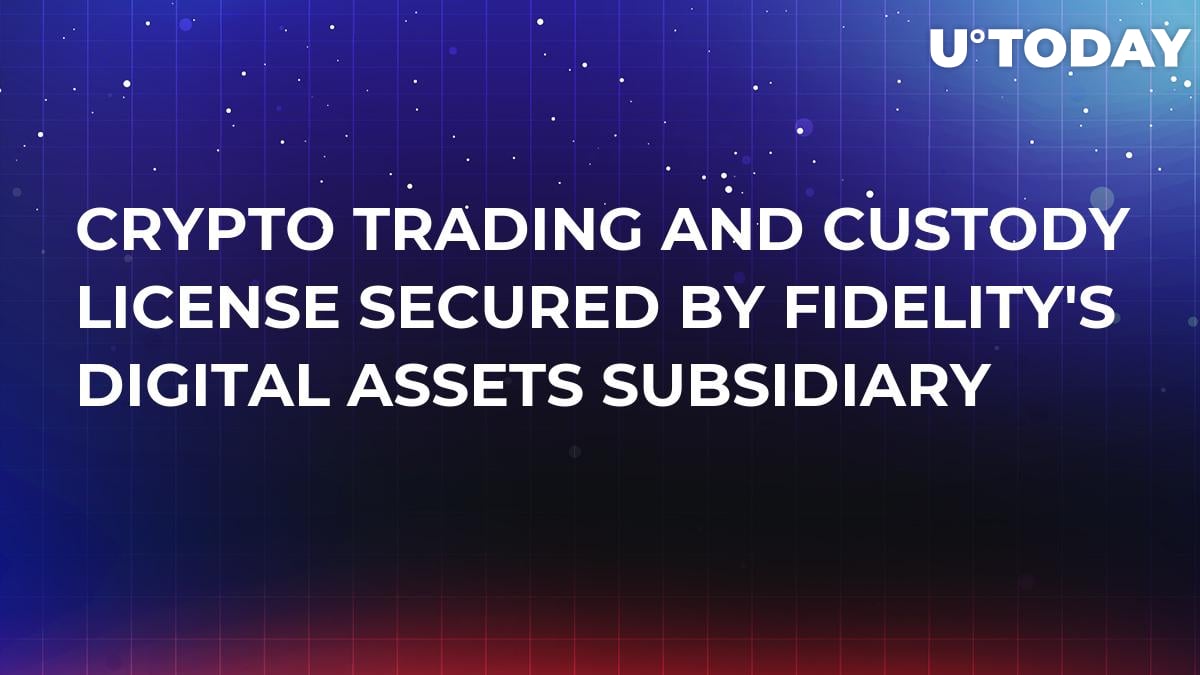 Fidelity, the Boston-based mutual fund giant with $2.8 trln assets in its coffers, has secured a license from the NYSDFS, Reuters reports.

After getting the green-light from the New York regulator, Fidelity can now operate as a limited purpose trust company, offering Bitcoin trading and custody services to its state-based clients.

“We are seeing strong demand and greater diversity of client types. [...] There are more traditional investors. When we started it was crypto funds and hedge funds," said Tom Jessop, president of Fidelity Digital Assets.

In a rare interview with the Financial Times, Fidelity CEO Abigail Johnson claimed that they would storm into the growing cryptocurrency custody niche given that individuals with significant amount of wealth in crypto have few options for storing their riches.

Johnson said that Coinbase, which currently controls more than five percent of all Bitcoin in circulation, was still the name that "most people haven't heart of."

Fidelity's expansion into New York, the state with the toughest regulations, proves that the company is dead-serious about its Bitcoin plans. Only 23 crypto companies have so far managed to secure the prestigious license.

From now on, it will be able to tap into deep-pocketed institutional investors that are located in the world's financial capital.

As reported by U.Today, Galaxy Digital CEO Mike Novogratz opined that Fidelity offering its 26 mln users an opportunity to directly buy Bitcoin could be the most bullish thing that could happen to the industry.