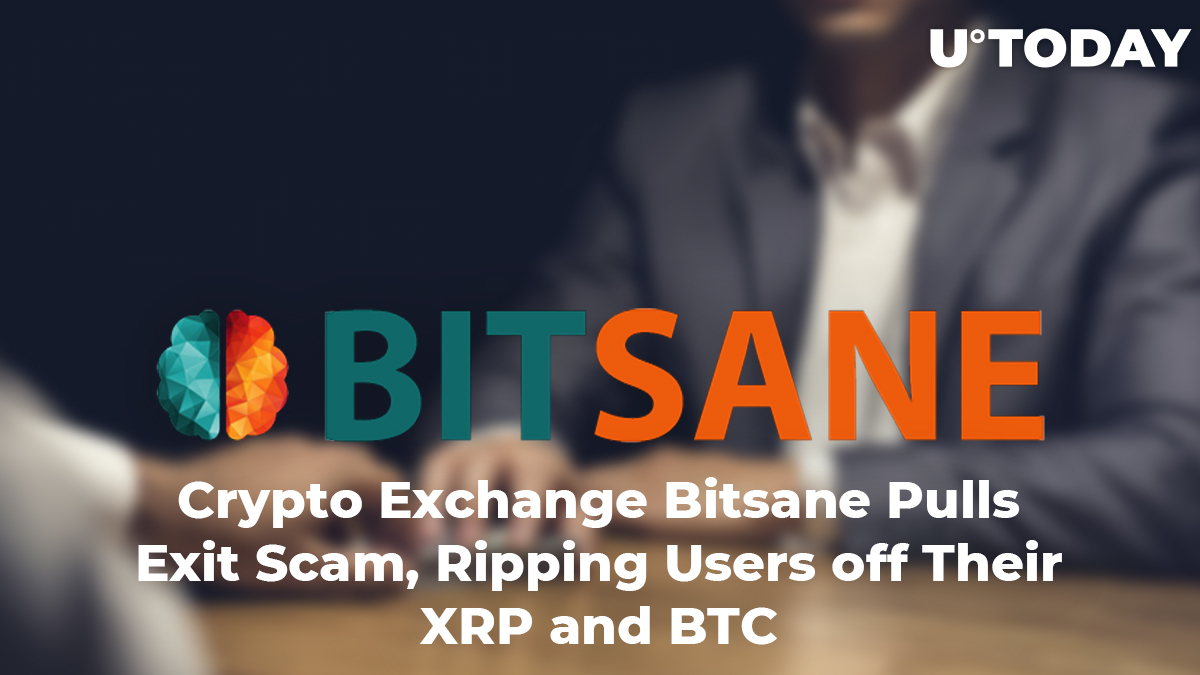 Forbes reports that last week, the Bitsane crypto exchange based in Ireland pulled off an exit scam, going offline and disappearing with its users’ Bitcoin and XRP.

Forbes found out from Bitsane users that they have been unable to take their BTC, XRP and other crypto from the wallets on the platform. The team of the exchange had previously written that Bitsane was disabled over technical issues and would be operational again soon.

Writing tons of emails to the platform did not help – those keep returning marked as undeliverable.

According to messages in the Telegram and Facebook groups, the biggest part of users claim to have lost around $5,000. However, there is one who says he was robbed of $150,000 in XRP and Bitcoin. He spoke to Forbes in person and preferred his name not be disclosed.

I was trying to transfer XRP out to bitcoin or cash or anything, and it kept saying ‘temporarily disabled.’ I knew right away there was some kind of problem.”

Overall, by the end of May, there were around 246,000 users on Bitsane and each of them has lost their crypto assets.

When the bear market was only about to start in early 2018, Bitsane attracted investors by letting them trade XRP before it was listed on Coinbase.

Until lately, Bitsane was on the list of exchanges that offer XRP on Ripple’s website. The crypto giant has not responded to the request for a comment.