Mike Novogratz Sells Part of His Bitcoin Before Decline, Plans to Buy Again at $10,000 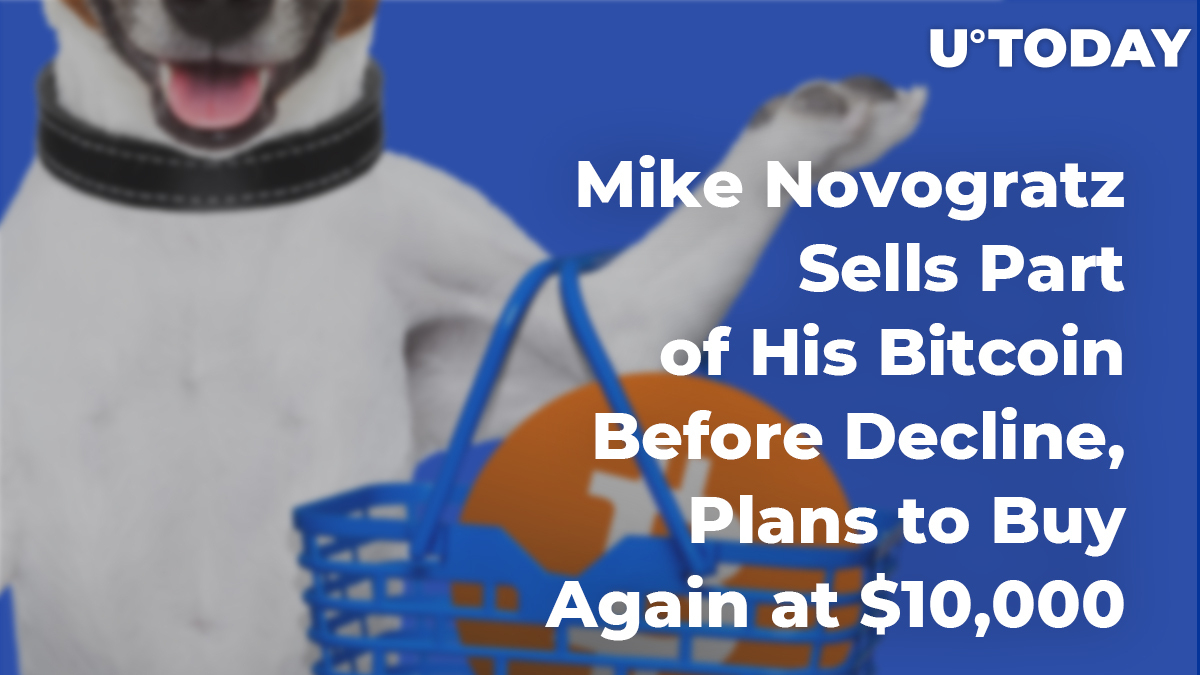 On Friday, June 28, Bitcoin and the crypto market are still declining. However, the Bitcoin price is a little up from the $10,700 level it dropped to the day before.

Previously, U.Today reported that Peter Brandt recommended ‘taking some money off the table.’ In addition, the chief TA of Fundstrat predicted the upcoming decline – on the charts, Bitcoin price had formed a ‘double top’ pattern.

NOT A FORECAST:
But our TA @rsluymer says there is no such thing as a ‘triple top’

Bitcoin billionaire and investor Mike Novogratz seems to have also seen those and perhaps other signs of the approaching correction too and sold some of his Bitcoin on Wednesday, writes Bloomberg in its recent piece.

The founder of Galaxy Digital told Bloomberg that he sold a little bit of his BTC on that day and regrets that he did not sell more. As per the article, the investor plans to buy again once Bitcoin rate drops to $10,000.

If you were perfect, you’d have sold a whole bunch yesterday. When you go parabolic you have to.”

Related
Facebook Libra’s Partners in Doubt Regarding the Coin and Could Back Off: New York Times

In May, Novogratz made a forecast for the Bitcoin price to make a consolidation between the levels of $7,000 and $10,000. However, the investor also admitted that the momentum gained from the overall excitement and FOMO would push the price much higher.