Alex Dovbnya
Chinese soldiers could start receving rewards in cryptocurrency, according to the country's military mouthpiece 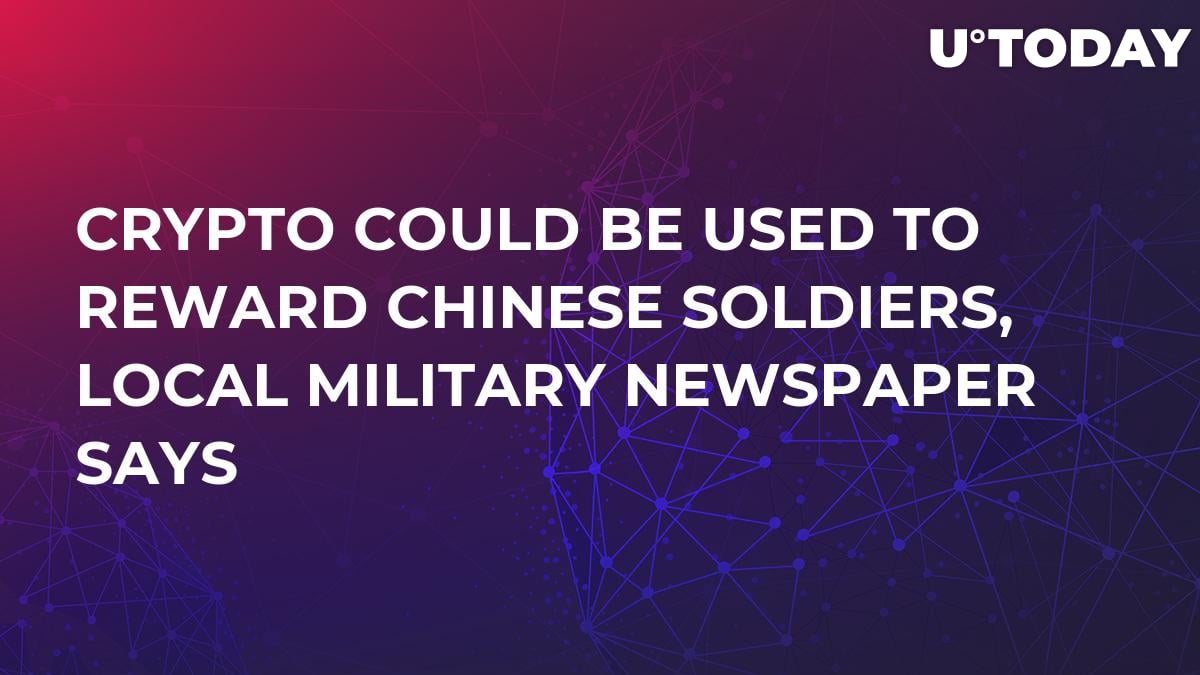 The South China Morning Post reports that the Chinese People's Liberation Army could start rewarding its soldiers with cryptocurrency, according to the official military newspaper PLA Daily.

The article states that such a reward system would help to improve "human resource management." Soldiers would acquire or lose tokens based on their daily performance.

“To award or deduct tokens according to one’s daily performance and thus generate an objective assessment would effectively energise the human resource management.”

Blockchain as a tamper-proof database might come in handy for keeping records of each shooter after training. All information that is stored on a ledger cannot be altered, which increases the level of transparency.

“It provides a technological guarantee to clean and open training and examination.”

On top of that, PLA Daily also suggests that embedded blockchains could be used for safely storing China's classified military secrets if the country decides to go to such lengths.

As reported by U.Today, blockchain was called "a breaking point to overtake" in the official mouthpiece of the Communist Party of China.