Coinbase Enables Withdrawals via PayPal for EU Citizens Only 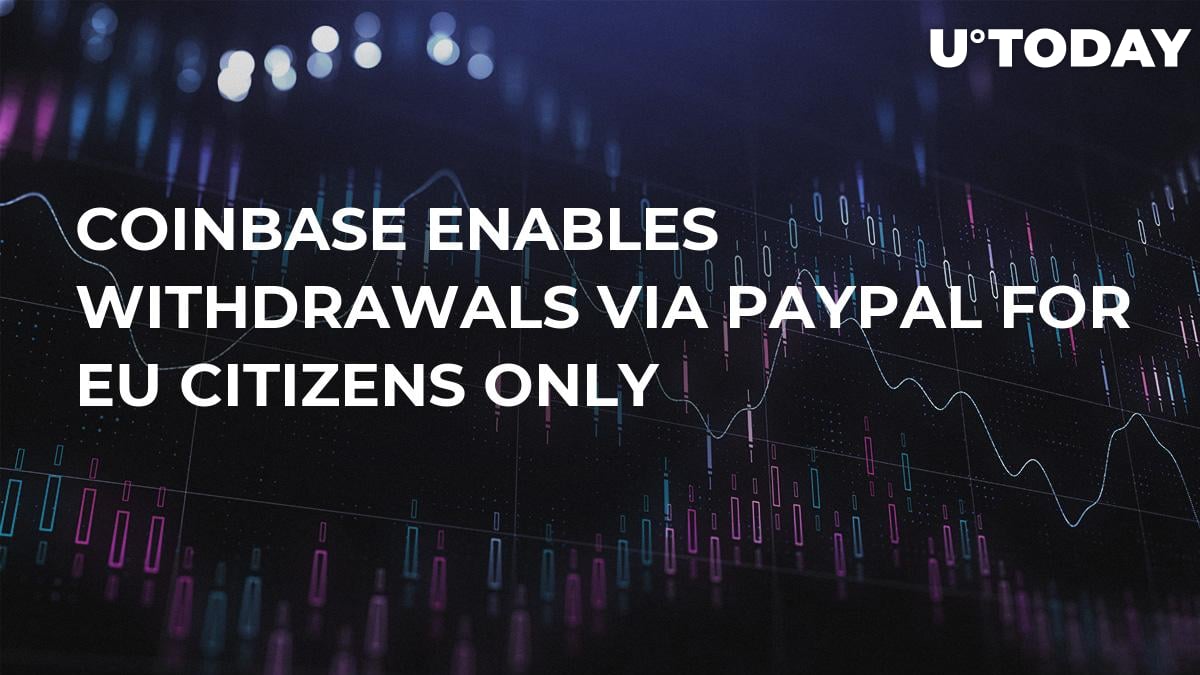 On Tuesday, Feb. 5, Coinbase added an option allowing EU citizens, as well as clients living in European Free Trade Association states, i.e. Norway, Liechtenstein, Iceland and Switzerland, to withdraw their profits in fiat money, using the PayPal system. This was reported on the blog of the exchange.

Before Coinbase enabled the PayPal option, European customers could only withdraw via UK Faster Payments and SEPA. Adding PayPal will now significantly widen the opportunities of Coinbase EU customers and the exchange itself.

Earlier, the company had already introduced PayPal fiat withdrawals for US citizens. Now, customers living in the EU and European Free Trade Association are also welcome to do that.

The exchange had previously tried to allow customers to take their profits out via PayPal back in 2016. However, this option was quickly closed because of technical issues.

Coinbase is looking to expand

Currently, Coinbase seeks to increase the number of the coins it supports along with options to top accounts and withdraw in fiat. In December, Coinbase reported that it was considering adding support for around thirty tokens apart from what it already trades.

In November last year, the platform also started off with an OTC (over-the-counter) trading service for big institutional investors.

This is not the first time PayPal has been connected with virtual assets.

Earlier, U.Today reported that PayPal has already been indirectly working with Ripple. Things started when XRPDarren from the Ripple community published a document on Twitter, revealing Ripple’s collaboration with the Xoom firm, owned by PayPal and the major German HSBC bank.

However, here PayPal rather deals with Ripple’s funds transmission technology, not with XRP.