Denys Serhiichuk
Which coins can stay strong against market fall? 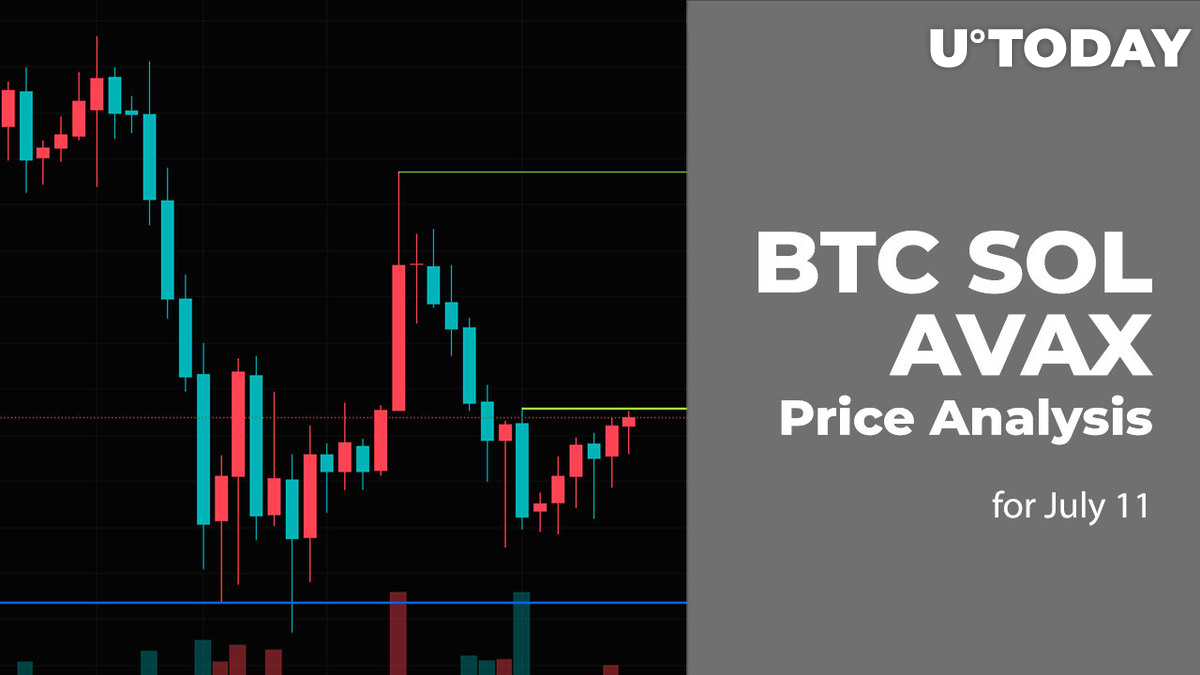 The new week has started with the fall of the cryptocurrency market as the majority of the coins are in the red zone.

Bitcoin (BTC) has continued the fall after yesterday's bullish candle and breakout of the local support level at $20,895. The selling volume remains low; however, if bears keep their pressure, there is a chance to see a further drop below the vital zone of $20,000. Such a scenario is relevant until the end of the week.

Solana (SOL) is the biggest loser today as it has decreased by 4.72%.

Despite today's drop, Solana (SOL) is trading in the middle of the wide channel between the support level at $26.05 and the resistance at $44.87. At the moment, bears seem to be more powerful than bulls as the price could not fix above the $40 mark. If SOL loses another level at $30, one can expect the test of $20 soon.

Avalanche (AVAX) has followed the decline of the whole market, going down by 4.34%.

Avalanche (AVAX) is looking similar to SOL as the sideways trading remains the more likely scenario for the upcoming days. However, if the daily candle fixes near the $18 mark or below it, bears have chances to seize the initiative.