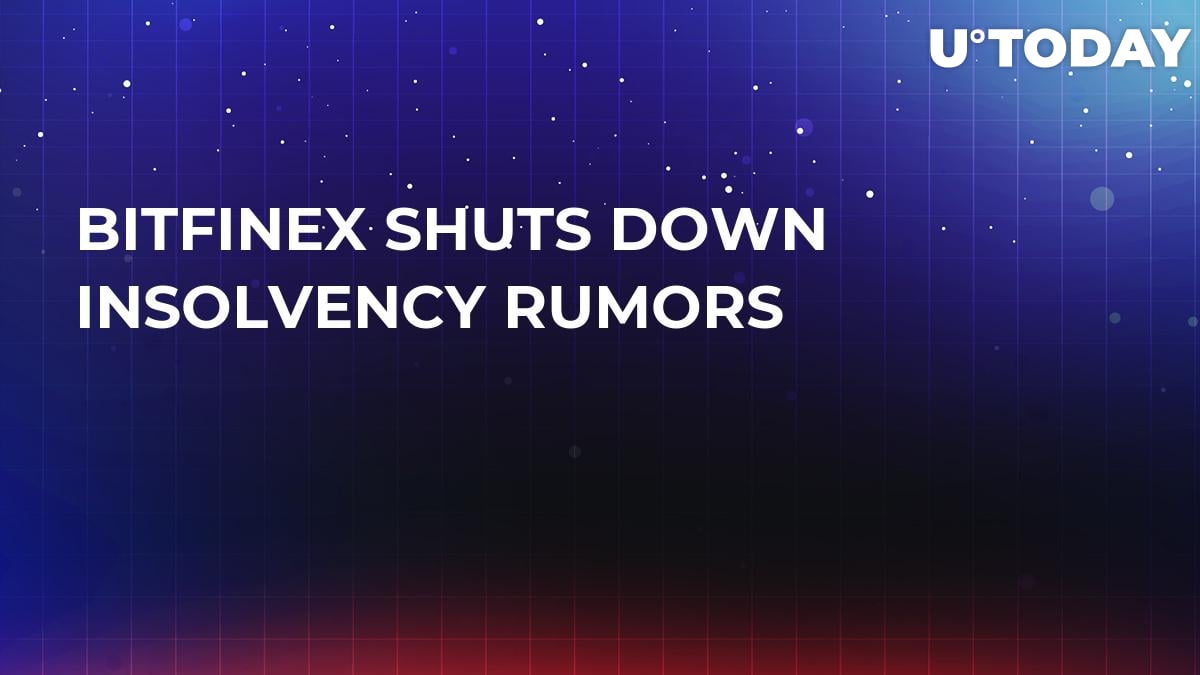 In a recent blog post, British Virgin Islands-based Bitfinex addressed the rumors about its insolvency. This comes just a day after the exchange moved a substantial portion of its operations to HSBC after ending its relationships with Puerto Rico-based Noble International.


They are not insolvent

The aforementioned post states that some “watchful investigators” are jumping to conclusions about insolvency without actually understanding what this term means. According to Bitfinex, plenty of Medium articles about its alleged financial predicament do not have any credibility. They’ve provided the addressed of three wallets (Bitcoin, Ethereum and EOS) that show their cryptocurrency holding. It appears that their Bitcoin wallet has around $977.3 mln.

Bitfinex claims that there is no ground for such accusations, and it looks like a smear campaign.

No issues with fiat withdrawals

Despite recently halting EUR, JPY, and GBP deposits, Bitfinex claims that all users that went through the verification process are able to freely withdraw both fiat money and cryptocurrencies from the exchange. They do admit that they have some “complications” related to fiat transactions, but they are typical of all crypto-oriented businesses. The exchange strives to do everything possible to accelerate deposits and withdrawals.

On Oct. 2, Bloomberg reported that the bank had lost its clients. Noble is currently looking for a buyer after falling short to turn to a profit. Bitfinex turned to Noble after being dropped by US-based Wells Fargo back in 2017.

As mentioned above, Bitfinex is currently banking with HSBC, but it’s unclear whether the latter knows about the relationship since Bitfinex appears to be using a private account.

Some users, however, took to Twitter to express their skepticism about whether the exchange does pay its clients.

so ppl are getting paid or what?.. looks like they still have "issues".