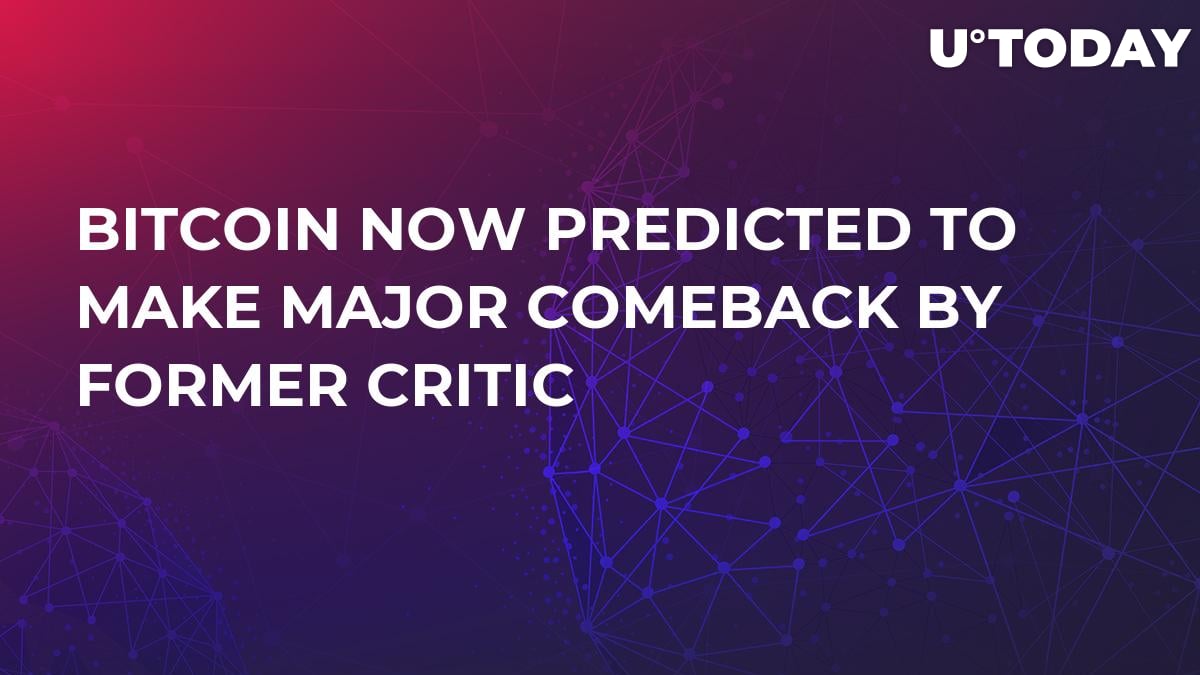 CNBC reports that JP Morgan analyst Nikolaos Panigirtzoglou is betting on Bitcoin after previously voicing his bearish prediction in December. He is certain that more institutional investors will dip their toes into the cryptocurrency industry due to its current stability.

Related
Twitter CEO Shades Tron, Says ‘No’ to Ethereum While Bitcoin Remains His Only Bet

On Dec. 15, Panigirtzoglou made a claim that major financial institutions are abandoning the flagship cryptocurrency. However, he recently had to switch his stance on that issue as the market is becoming more stable. According to Panigirtzoglou, the ‘bubble phase’ is already behind, and that’s a positive sign for institutional investors.

Blockchain will drive the adoption

The expert also states that Blockchain, the technology that underpins cryptocurrencies, will make Bitcoin more enticing for cryptocurrency investors. As U.Today reported earlier, the importance of Blockchain is rapidly growing with numerous industries (from finance to healthcare) trying to capitalize on it.

Panigirtzoglou predicts that the adoption won’t happen overnight (it could take years to win over institutions). Not surprisingly, regulatory uncertainty remains the main obstacle in that regard.
Wyoming is already making huge progress by recognizing cryptocurrencies as legal property. Meanwhile, Bakkt is soon expected to launch its Bitcoin futures that are poised to be an icebreaker when it comes to sparking widespread adoption.