Alex Dovbnya
A Redditor publishes a post, exposing the ongoing dump of APL coin, reporting the APL team is muting all protesting community members in its Telegram group 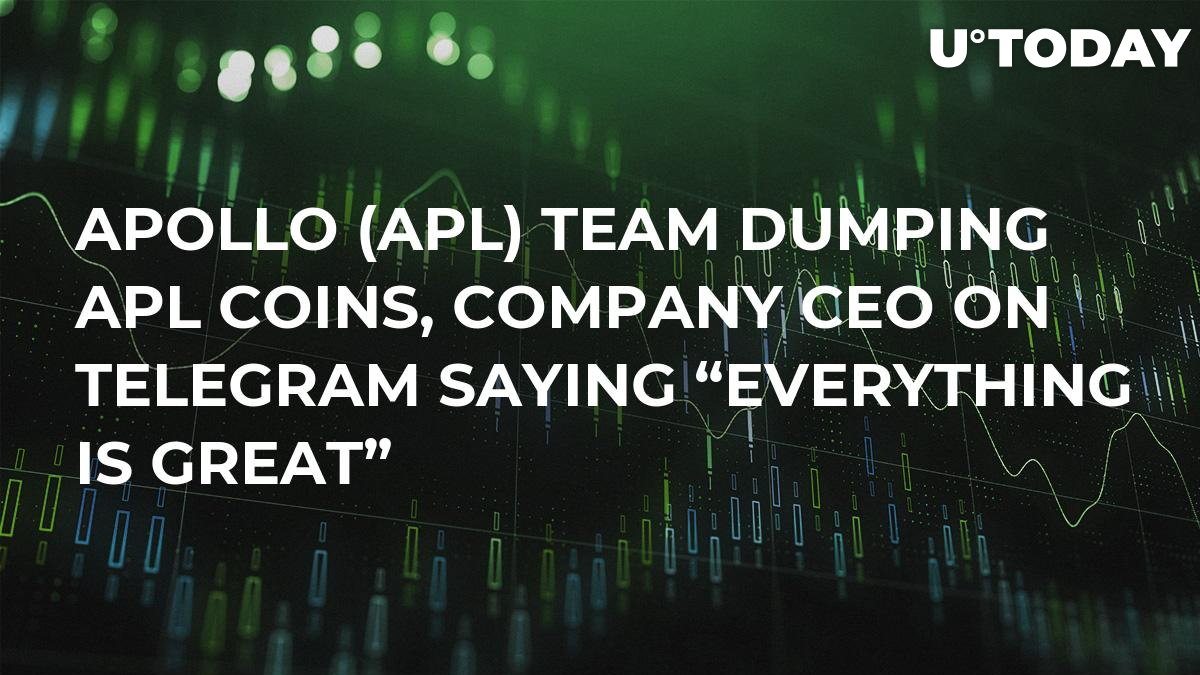 “The Apollo Currency Team (APL) just engaged in a massive pump and dump scheme, dumping hundreds of millions of coins on their investors” – this is how a Reddit post published one hour ago begins.

Earlier, U.Today reported about the same Reddit user, u/RozzyPoffle, who wrote a post, warning investors against the Apollo being a scam. The post said that in fact the so-called fork of the NXT coin has hardly any improvements of the initial chain and is nothing but a blunt copy with a few changes in the code.

In his post, u/RozzyPoffle says that now it is too late and the APL team has cashed out. He supports his arguments with screenshots. Among them is a screenshot from Coinmarketcap.com, showing APL going down by over 50 percent. He explains this by the fact that the Apollo team allegedly has massively begun to sell the millions of APL coins they had been holding in their accounts.

Besides, as per the Redditor, they have been harshly censoring the APL Telegram channel, banning anyone who attempts to talk about the present sell-off and the collapse of the coin. 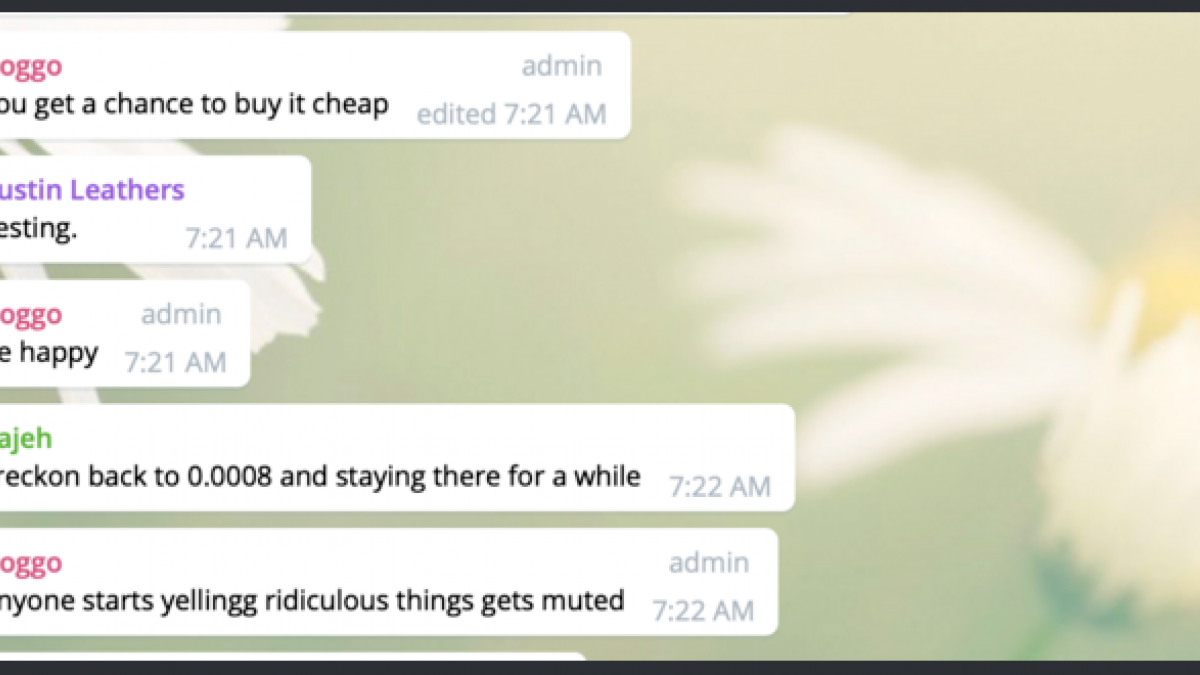 The CEO of Apollo, however, assures everyone in the Telegram chat that everything is great and that a major announcement may follow later today or tomorrow. 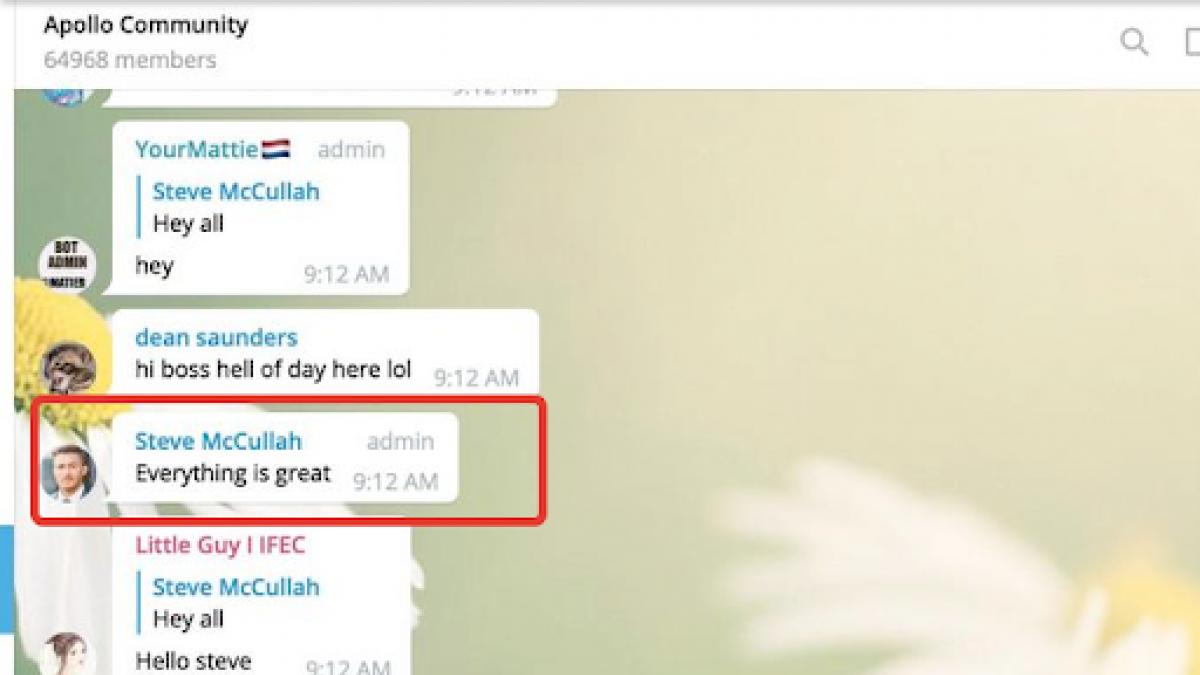 Before that, the Reddit user claims, the Apollo team was aggressively encouraging everyone in the Telegram community to buy in at a low price and continued to do so when the sharp decline began after the initiated sell-off. Also, as per the post, the APL team had been creating fake news before that to make the price of APL rise.

The notorious ‘crypto baron’, John McAfee took over as their chairman in early October 2018 and actively promoted the coin on his Twitter account.

Encouraging investors to buy in cheap

After the APL price plummeted, the APL Telegram started persuading the community to get back in the market, writing that everyone is buying APL on Coinbene to get back in.

According to the author of the post, the biggest trading volumes of APL have always been shown by two exchanges – Coinbene and Bitmart. He claims that the latter had been offline for a while, but at the time of writing the platform is functioning.

u/RozzyPoffle says that all these buy transactions are nothing but a wash trade, and they are never actually taking place on the market since they were made between the highest bid and the lowest ask.

At the time of writing this article, APL is trading at $0,0023 and has fallen from position #94 to #98. The chart shows that the coin is heading north after a deep fall. 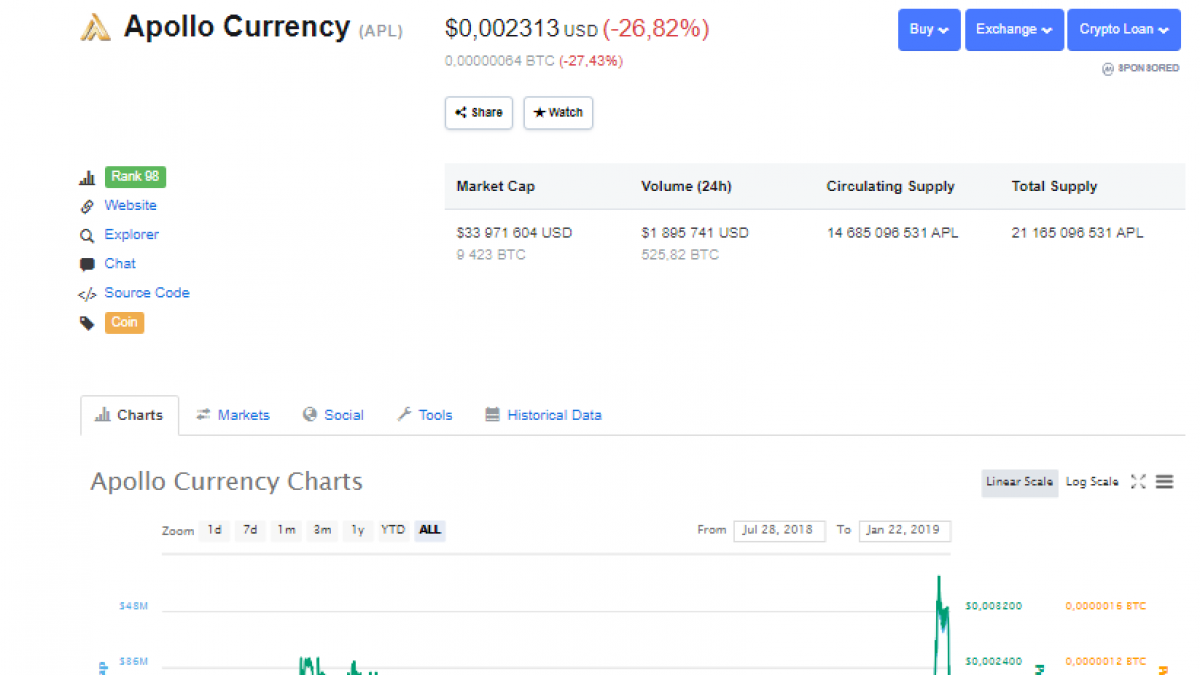 The Redditor provides numerous links and screenshots to underpin his allegations. In one of his screenshots APL is positioned in spot #131, which could mean that the coin has managed to get from rank 131 to 94 just within a few hours.