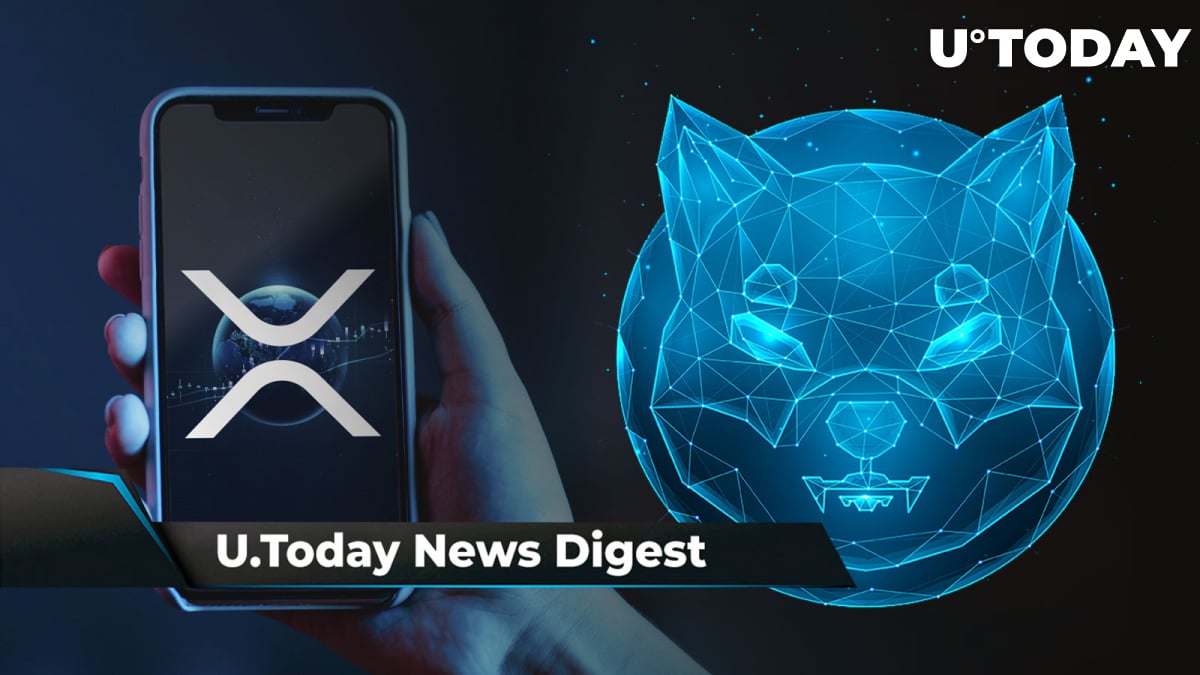 According to CoinMarketCap data, yesterday, XRP saw a sudden 1,500% surge in trading volume. However, this did not affect the token’s price anyway, which made the crypto community speculate. Higher trading volumes are mainly caused by increased volatility as seasoned traders buy and sell large amounts of crypto to capture profits. But this was not the case for XRP this time because the token has been consolidating in a range since Oct. 20. The most likely reason for the surge may have been investors wanting to buy XRP at its current range in anticipation of a major move in price. At the moment of writing, XRP is changing hands at $0.4878, up 7.2% over the past 24 hours.

Yesterday, as shared by @shibaplay_ Twitter user, Etherscan spotted several massive transactions of Shiba Inu, carrying a total of 847.9 billion meme coins worth $10,268,000. The largest transaction was worth 202,438,224,930 SHIB. These enormous transfers took place following David Gokhshtein’s announcement of his plans to add more Shiba Inu to his stash, intending to purchase over 2 million meme coins. On Wednesday, he reiterated his support for SHIB, stating that he is big on both Shiba Inu and Dogecoin regardless of what maximalists from these communities think about him on this matter.

Per CNBC’s recent report, Goldman Sachs will soon introduce a new data service that seeks to classify hundreds of cryptocurrencies, such as Bitcoin (BTC), XRP, Shiba Inu (SHIB), Solana (SOL) and other tokens. The new service, Datonomy, was created in collaboration with cryptocurrency intelligence firm Coin Metrics and finance company MSCI. It aims to be a comprehensive framework for the global cryptocurrency ecosystem that will simplify the navigation of a complex and dynamic industry for institutional investors. To gain a better understanding of digital assets, they will be able to view them within various classes, such as metaverse tokens, blockchain utilities, decentralized finance tokens, specialized tokens, etc.

Cryptillian Payment Systems, an online cryptocurrency service for retail customers and commercial retail businesses, has asked District Judge Analisa Torres to file an amicus brief in support of Ripple. According to the company, XRP is actually the second most popular option among its customers, and it has invested significant time and resources in order to integrate the token. Cryptillian emphasized that classifying XRP as an unregistered security would negatively affect the company's business, adding that many of its clients would unintentionally violate securities laws. If the court allows the company to submit its amicus brief, the SEC will have to respond to it by mid-November.