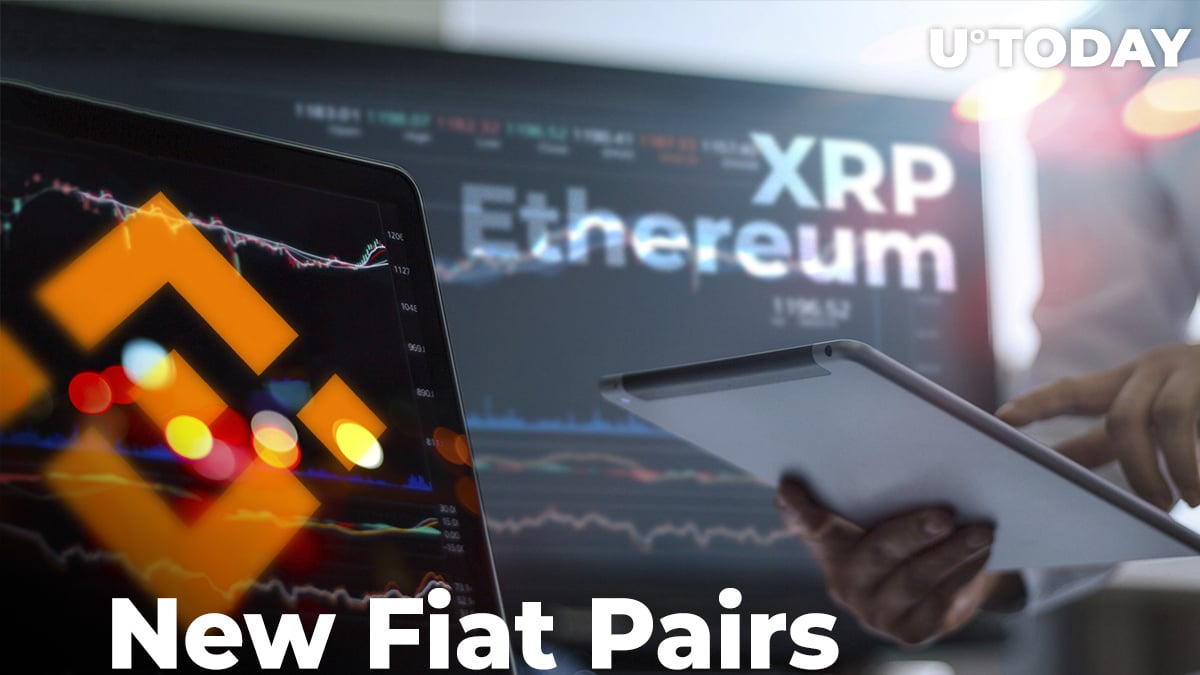 Malta-based cryptocurrency exchange Binance has announced support for three fiat pairs with the Turkish Lira (TRY) that feature Ethereum (ETH), XRP, and leading stablecoin Tether (USDT). To top that off, the exchange's users can now trade USDT against the Russian Ruble (RUB).

Last Christmas, Binance added XRP as a base currency and renamed its ETH market to simply the ALTS market.

Back in November, the Turkish Lira became the latest fiat currency to land on the number one exchange by trading volumes. Binance only allowed its customers to use Bitcoin to purchase BTC, ETH, and XRP via Turkey-based payment company Papara.

Prior to that, Binance enabled support for five other fiat currencies, including Euro (EUR). Over the last few months, the company's expansion into the fiat-to-crypto trading sector has been nothing short of remarkable.

Many people still don’t understand the impact this will have, but they will. pic.twitter.com/Ci5Geabm6A

Apart from adding the fiat pairs to binance.com, the company also opened multiple fiat exchanges around in Singapore, Uganda, and other parts of the world.

However, Binance is yet to conquer the American market. Its US-based arm, which kicked off trading in late September under the leadership of former Ripple executive Catherine Coley, has so far failed to gain significant traction. Its trading volumes remain underwhelming at best and clearly can't hold a candle to Coinbase, which continues to reign supreme on its home turf.