Yuri Molchan
VeChainThor Wallet says they have improved the v.1.3.0 version of their wallet, taking into account the feedback they received; new functions have been added 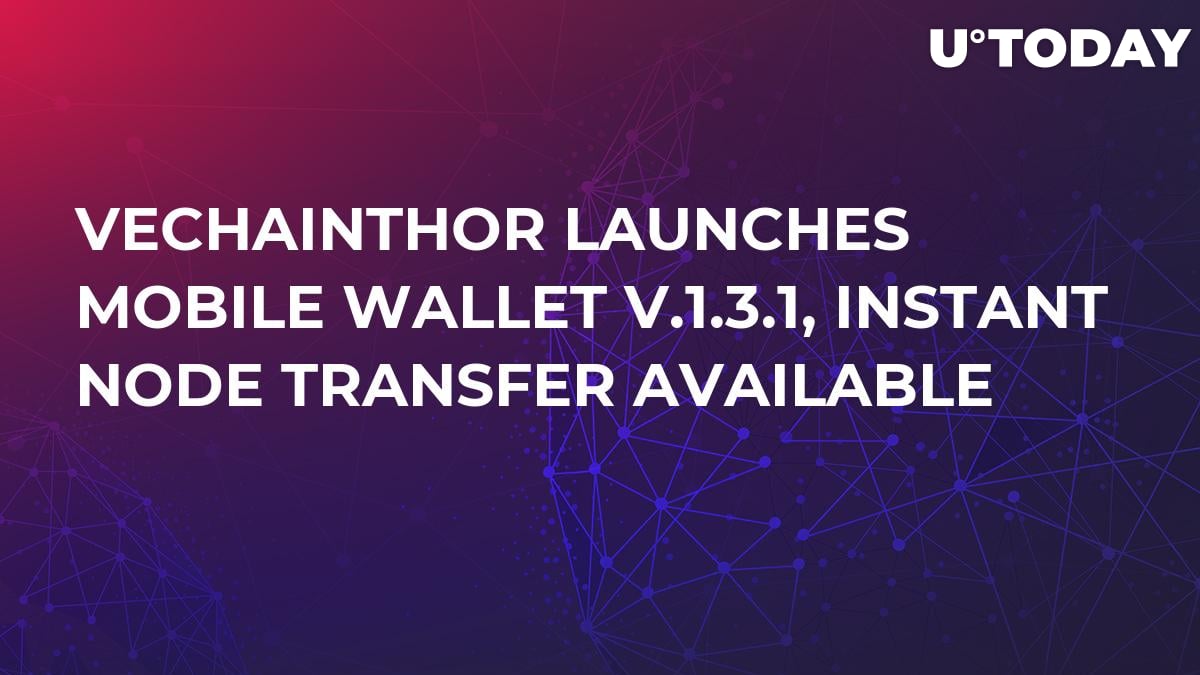 On Tuesday, December 25, the festive season when many crypto projects along with their users are beginning to celebrate annual holidays, saying their social media activities will resume after New Year’s Day, the team of VeChainThor Wallet has announced the launch of their upgraded wallet – version 1.3.1.

The updated software can be downloaded on December 25, which is today.

The VeChainThor team says that, according to the feedback they received, a lot of users would like to transfer their nodes to a different device: Ledger wallet. Thus, the engineers at the VeChain wallet have introduced the Instant Node Transfer function. It will enable customers to move their node status token to any other crypto address that is used by the same wallet app. So if you have the VeChain wallet app in your Ledger device, you can move the node tokens onto it, using the “observe wallet” option.

Unlike, the “designated transfer” option, to use the “Instant Node Transfer” users do not need the receiving address if they want to move the node status token.

VeChain (VET) is currently ranked as coin #24 on the top-50 list of crypto assets with the biggest market cap value. On Tuesday, the market has again turned bearish, unlike Monday, when nearly every coin was pumping and deep in the green.

Presently, VET is trading at $0.0044, having demonstrated a nearly 15-percent decline over the past 24 hours.

Between December 23 and 24, the asset’s market cap appreciated by around $4 million, totalling almost $266 mln. Today, the market cap is below the level of December 21, having lost over $17 mln.