One of the leading global DLT platforms friendly to corporate customers sends word that from now on enterprises can create dApps on it quickly through AWS Cloud using a newly-built solution. The company reports this in Monday’s post on Medium.

BaaS was originally created back in 2016. This solution initially included DLT encryption, the Internet of Things, technology of verifying identities, and services. It has been used by clients from totally different areas – car makers, food industry, transport and so on. Major customers included BMW, DB Schenker, etc.

Now, having released a one-click solution, VeChain allows customers to use AWS CloudFormation and develop dApps in just one click.

To run this solution, VeChain is collaborating with Amazon EC2, Amazon RDS and Amazon CloudFront.

Besides, AWS Partner Network has also joined the project to deal with business operations, technological development and the support of marketing strategies.

Compliance of the new product

The DNV GL company ensures all the necessary compliance as well as system architecture for the new VeChain-based solution. It is also responsible for data security and digital verification of identities.

DNV GL has been dealing with managing risks and quality assurance around the world since the year of its foundation, 1864.

Presently, VET is trading at $0.0043, according to Coinmarketcap. The overall market capitalization value stands at $241 424 874, putting the coin in position #24. Over the last 24 hours, it has shown a rise by nearly 8 percent. 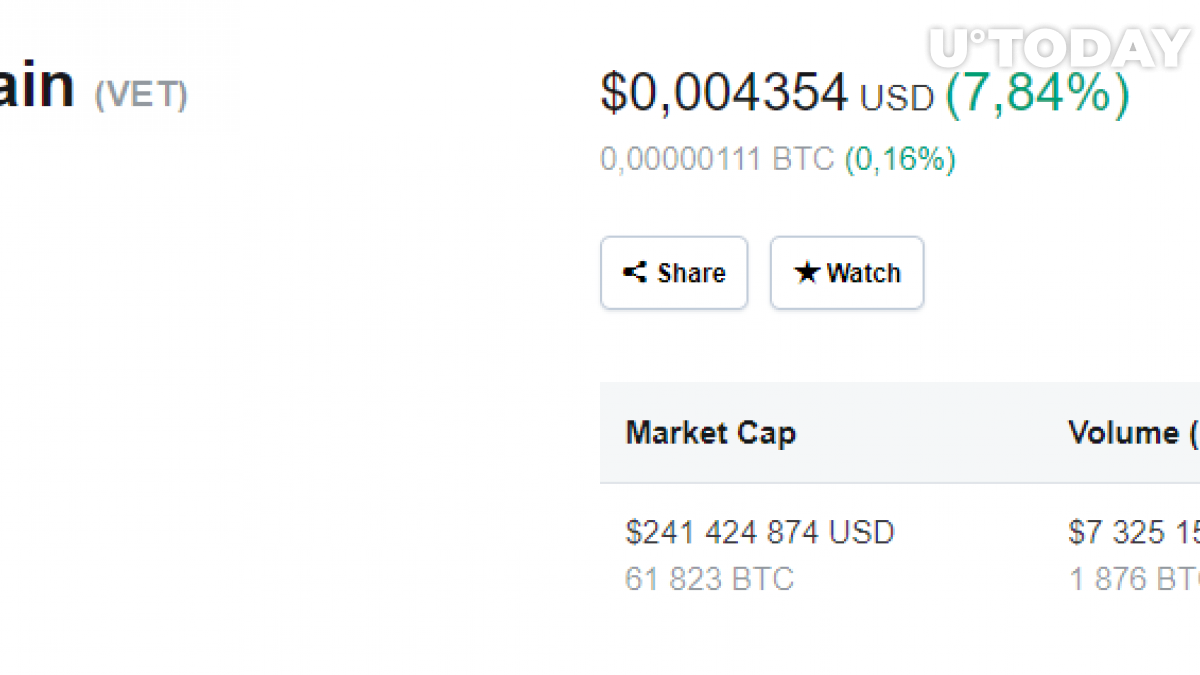