US Rep. Tom Emmer Pledges to Educate His Colleagues on Blockchain’s Potential

Alex Dovbnya
Blockchain’s biggest booster in the US Congress claims that lawmakers are still cautious about the new technology, but some progress is already being made 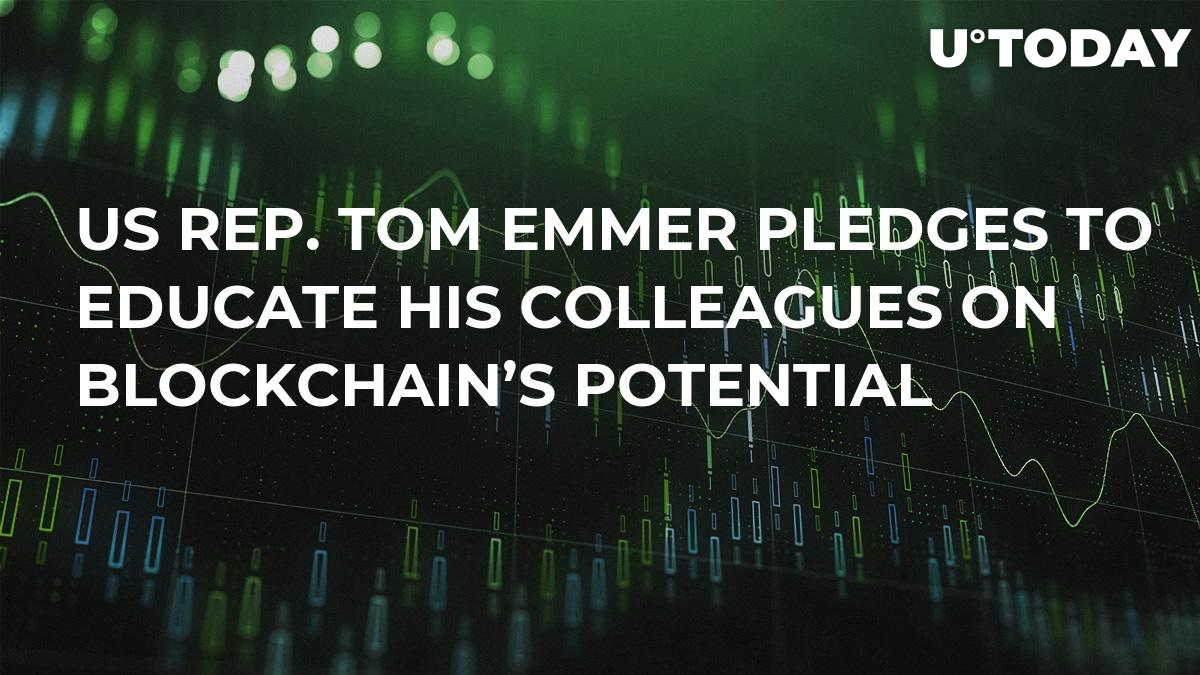 During an interview with Breaker, US Rep. Tom Emmer (R-MN), who is currently working on three Blockchain-related bills, said that his colleagues in Congress have a rather one-dimensional opinion on cryptocurrencies, but he tries to educate them whenever he has a chance. Moreover, his constituency is becoming increasingly interested in Blockchain.

Emmer claims that the government’s unwillingness to take actions threats capital investment growth since businesses are shooed away by regulatory uncertainty. The three Blockchain bills will be an icebreaker that will “start a conversation”, he believes. As a co-chair of the Congressional Blockchain Caucus, he pledges to advocate for the growth of the distributed ledger technology, educating other lawmakers on its disruptive potential.

The Republican congressman reveals that he hasn’t talked to Trump personally about crypto, but he had a conversation with Fed’s chairman Jay Powell. This discussion left him “frustrated” because they aren’t intending to provide a clear-cut definition of a cryptocurrency. The lack of specifically defined criteria for entrepreneurs is hindering the potential progress, but a group of “really smart people” is currently trying to solve that issue. According to Emmer, Powell seems to understand that the US is currently losing ground to other countries, so it is important to speed up this process.

Focusing on the good

Earlier, Rep. Brad Sherman (D-CA) called for a ban on cryptocurrencies, claiming that they facilitate terrorism, but a study reveals that terrorists still prefer cash to Bitcoin. Emmer has also weighed in on this issue during his interview, claiming that Blockchain technology can actually tackle many cybersecurity issues by correctly identifying and finding the “bad guys”. He criticizes the Financial Technology Protection Act, which has been recently passed by the House, because it only mentions the negative use cases of this technology.

Minnesotans are keen on Blockchain

Emmer, who is one of the biggest crypto proponents in Congress, claims that he doesn’t own any digital assets, but is certainly willing to do that. Meanwhile, Minnesotans are already keen on the nascent technology. The lawmaker, who is up for reelection this November, claims that he would often hear people from different industries (from transportation to healthcare) mentioning Blockchain.

He does not rule out that the Blockchain could one day become a major campaign issue, but so far he cannot say when exactly it is going to happen.