US Investors Stubbornly Ignore Crypto As Only Two Percent Own Bitcoin 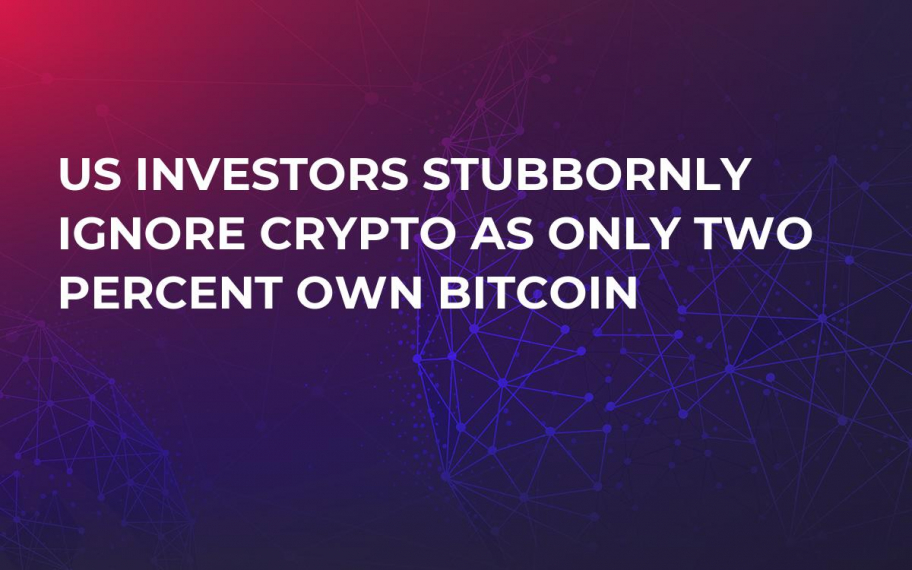 According to a recent Gallup poll, only two percent of US  investors diversify their portfolios with Bitcoin (BTC), the major cryptocurrency which is currently heading for another bull run while crossing the $8,200 mark once again. The statistics are worrisome for those who predict that mainstream Bitcoin adoption in already on the horizon.

The abovementioned Gallup poll also shows far worse tendencies– only one percent of participants are currently planning to buy Bitcoin. The target sample includes respondents who decided to put more than $10,000 into stocks or bonds.

Despite the persistence of this gloomy trend, there is still a ray of light, as every fourth poll participant does not rule out the possibility of having Bitcoin investments in the future. However, they are certain that there is no need to make haste.

One of the reasons behind this underwhelming interest in Bitcoin is the lack of education. Less than 30 percent of investors state they are somewhat knowledgeable about crypto while the overwhelming majority (67 percent) admits that they have ‘heard’ about cryptocurrencies, but they didn’t really pay attention to them. At the same time, five percent of responders do not know that cryptocurrencies even exist. Male lower-income investors under 30 are more likely to be curious about crypto. However, the poll participants with a higher amount of assets are more prone to actually own Bitcoin.

Such a poor level of knowledge leads to an extremely hawkish attitude towards cryptocurrencies as staggering 98 percent of investors perceive Bitcoin as ‘risky’ or ‘somewhat risky.’ While Bitcoin remains volatile, this is definitely an overestimating, which is, most probably, driven by the whole ‘bubble’ thing pushed by the Bitcoin naysayers. The statistics show that US investors stubbornly prefer to remain in their safety zone without taking any risks.