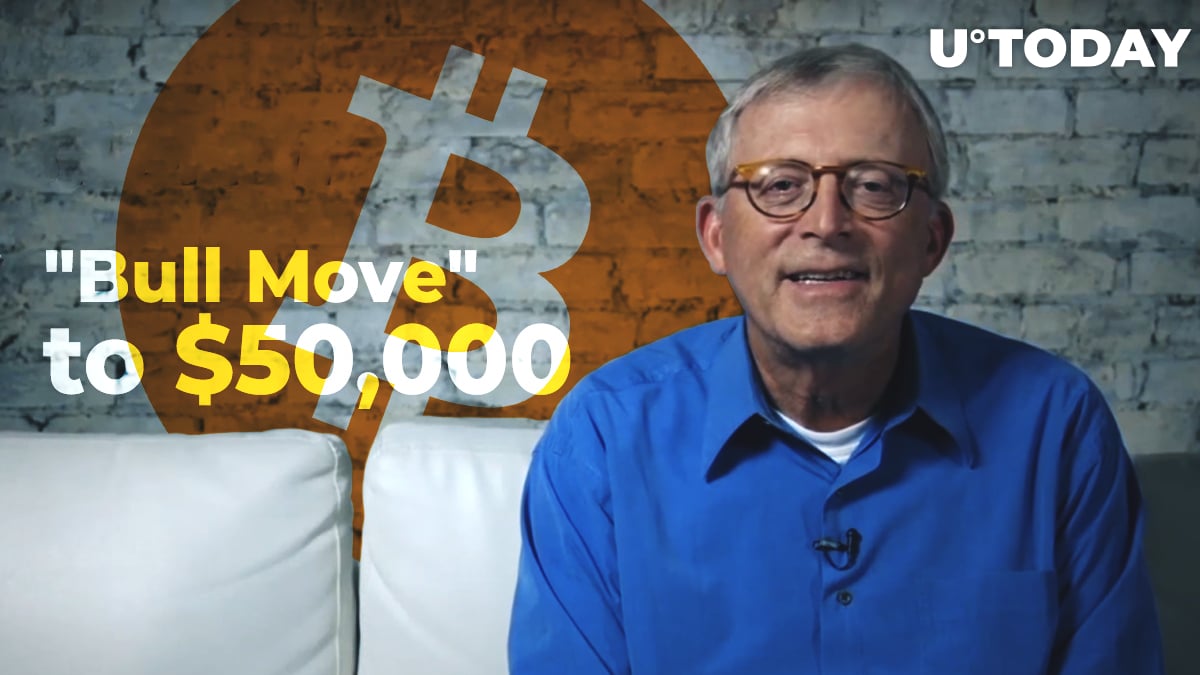 Commodity trading veteran Peter Brandt predicts that the BTC price could be heading $50,000 in the long-term.

However, before starting its next trip to the moon, the top coin will first bottom out at $5,500.

While Bitcoin represents one of the most unpredictable markets (mostly because of nascence), Brandt has been remarkably spot-on with many of his sought-after predictions He particularly predicted that the BTC would be heading south after reaching its current all-time high in December 2017.

Back in April, he suggested that Bitcoin had entered its next parabolic phase before the coin went from $5,000 to nearly $14,000 in the span of a few months.

He reiterated his bullish call in September, but the great descending triangle resolving downwards has turned the tables in favor of the bears.

As reported by U.Today, JPMorgan analysts came to the conclusion that the Bakkt launch, which failed to live up to the market’s expectations, can be blamed for the precipitous Bitcoin price drop.

Everyone and their uncle has already branded Bakkt as a flop due to the low trading volume. During its first week, the ICE-backed exchange managed to trade only $5.8 mln of futures contracts, failing to hold a candle to CME’s $5.8 mln debut.

Considering, this “success” Brandt also drew a comparison between Bitcoin futures and Shelled Egg futures in terms of demand.

Potentially, the ONE person who bought ONE ICE Oct $BTC contract and sold ONE ICE Nov BTC contract on Friday locked in an 8.5% annualized yield. I rank the success of the @ICE_Markets BTC futures contract right up there with Shelled Egg futures pic.twitter.com/rWYoyUZWyD