Top Coins by Wikipedia Page Views: BTC Rules the Roost Along with BAT and DOGE 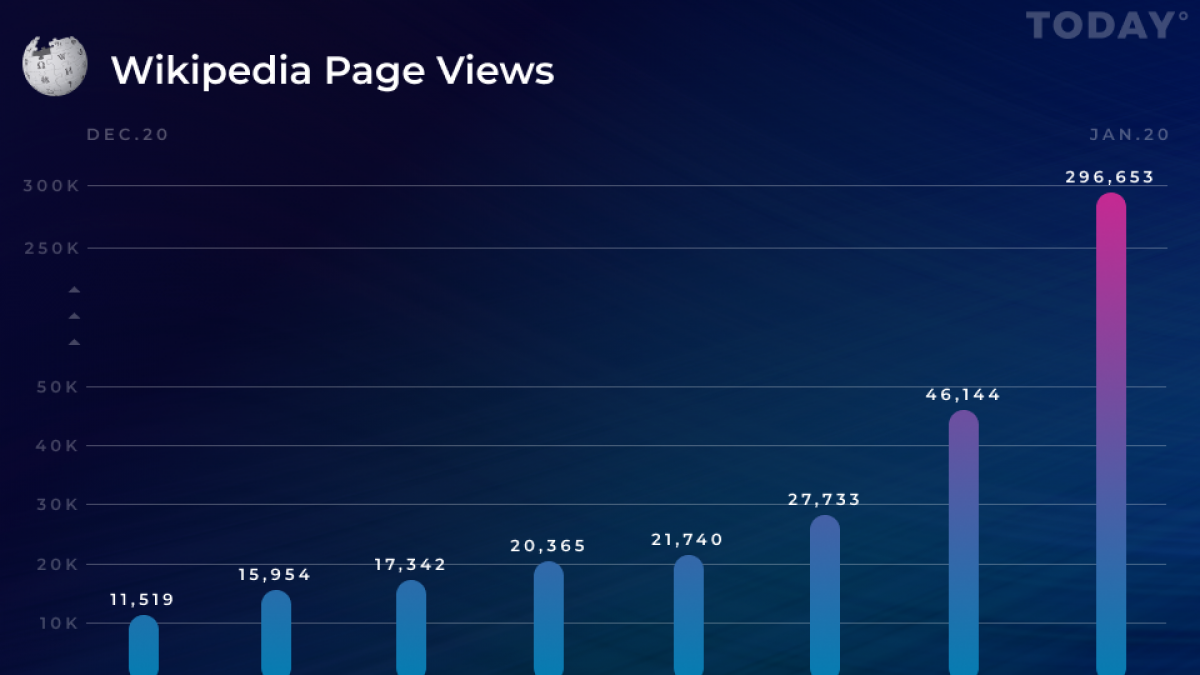 The data shows that BTC enjoys an insurmountable lead over ETH with 296,653 and 46,144 views respectively. Bitcoin was among the top most popular pages on Wikipedia in 2017, but its popularity has drastically decreased due to the market rout. Surprisingly, XRP only comes in fourth place after outperforming Ethereum back in September. Basic Attention Token (BAT), which was nowhere to be seen on DataLight’s previous report, has managed to trump XRP, taking third place.

The meme coin is here to stay

Dogecoin (DOGE) hasn’t managed to keep its momentum (it was on the verge of surpassing Ethereum in September), but it still managed to crack today’s list. The ultimate meme coin has accumulated 15,945 views over the last month.