Alex Dovbnya
The S&P 500 has finally reached its ATH, and Tom Lee believes that now it's time for Bitcoin to conquer new highs 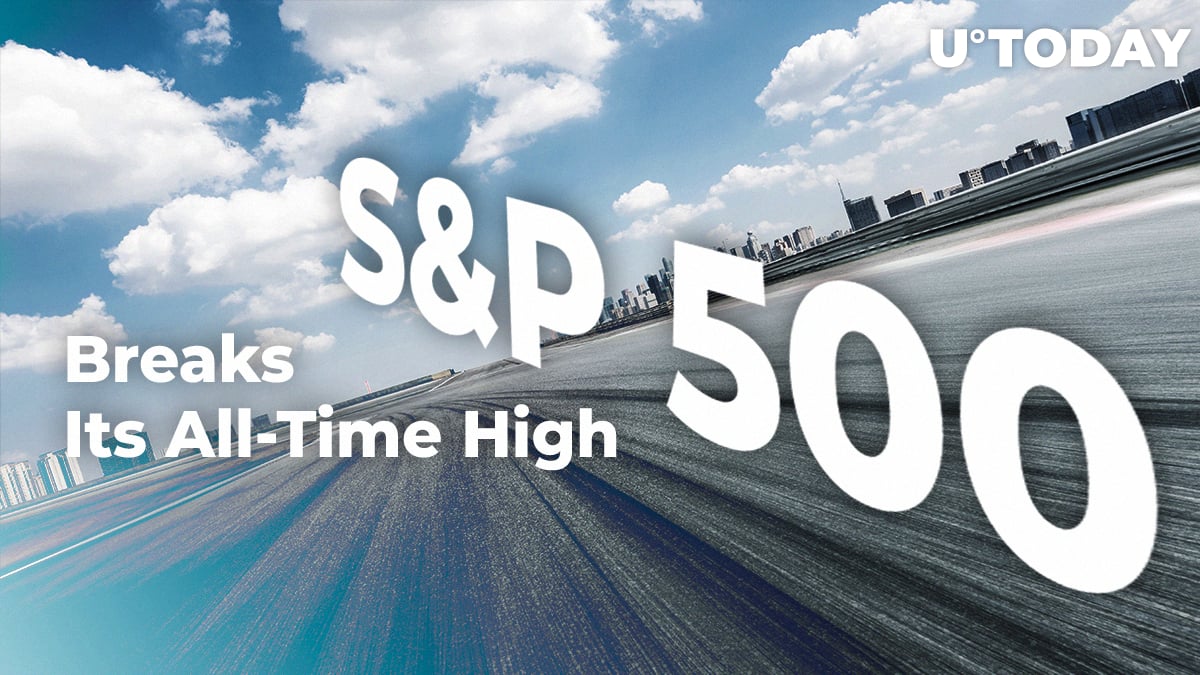 The S&P 500 has reached a new all-time high after the opening bell, surging to 3,038 on Monday, CNBC reports. That was possible because of strong corporate earnings and the looming end of the tedious US-China trade war.

The S&P just hit an ALL TIME HIGH. This is a big win for jobs, 401-K’s, and, frankly, EVERYONE! Our Country is doing great. Even killed long sought ISIS murderer, Al-Baghdadi. We are stronger than ever before, with GREAT upward potential. Enjoy!

As reported by U.Today, the US equities reached a new intraday high on Friday, which coincided with Bitcoin's massive 40 percent pump.


Related
Bitcoin and Blockchain Interest Explodes in China After Xi Jinping's Comments
Fundstrat's Tom Lee claimed that Bitcoin would only reach a new high if the S&P 500 achieved the same feat, but many argue that there is no correlation between the US stock market and crypto.

Lee's unpopular theory got validated last week, but we are yet to see whether Bitcoin will move in tandem with US equities now that the widely-tracked stock market index has finally hit an ATH.
#Bitcoin Price Prediction #Tom Lee