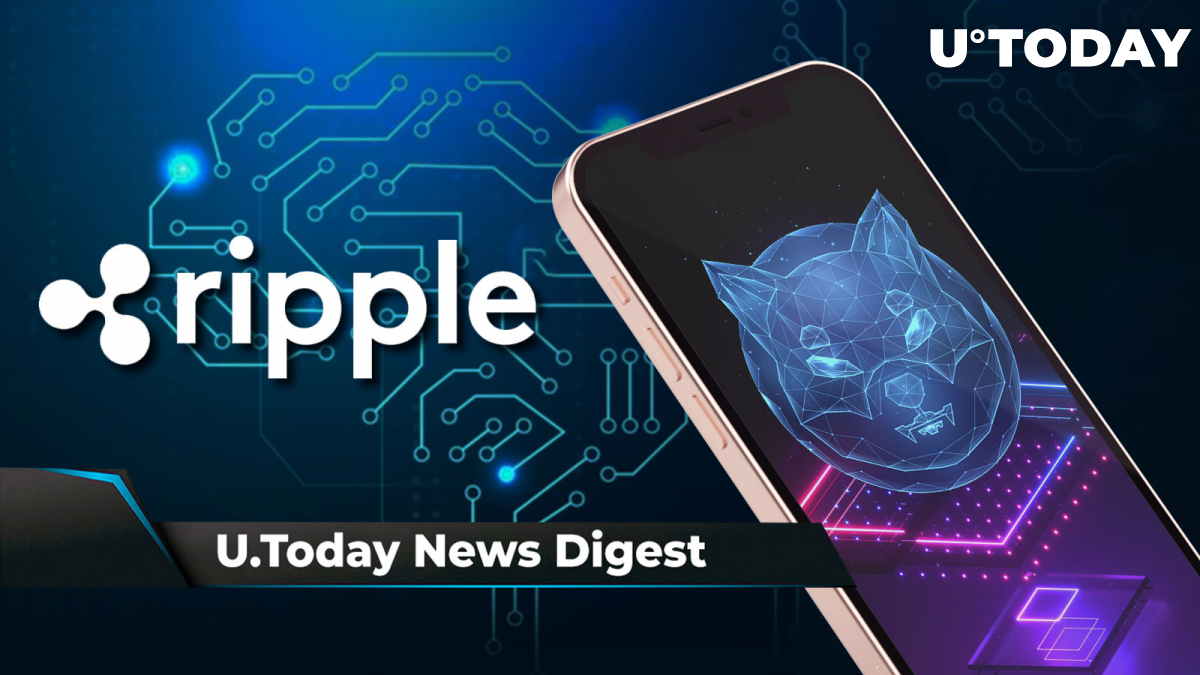 SHIB price may have found its bottom, here's what's next

Following the FTX crypto exchange collapse, Shiba Inu dropped to levels last seen in early summer of this year. However, this time, the SHIB price suffered slightly less: after another round of crypto market capitulation, the token did not go below the zone around $0.000009, which may signal that SHIB has once again reached the bottom. There are two factors that may trigger the rise of the meme coin’s price. The first one is Shibarium, the ecosystem's own Layer 2 protocol, which should greatly increase SHIB’s utility and lead to increased demand, trading volumes and SHIB burning rate. The second factor is the overall crypto market environment. After the FTX crash, investor confidence may take a long time to return and even longer for tokens like SHIB, which are not at the forefront.

According to Ripple’s official announcement, CBDC Innovate, the hackathon the fintech giant organized to reaffirm its commitment to strengthening its positions in the stablecoins segment, has come to an end. Experts shared the names of the winners in three nominations: interoperability, financial inclusion and retail apps. For every nomination, a $150,000 prize was allocated. The winners of the interoperability nomination are payment application PeerPay and peer-to-peer loans machine P2P-CBDC. Checksum and conFIEL B2B platforms became the leaders of the financial inclusion track. Last, but not least, SpendTheBits and Community Loans received enterprise and individual prizes in the retail apps category. As covered by U.Today, Ripple's competition for projects that use XRPL-based CBDCs started in July-August 2022.

Only 24 hours after revealing the concept art for its scenic dunes, the SHIB Metaverse team unveiled yet another one. This time, it is the tech trench hub that was made in ancient times and yet has evolved into a hyper-technological avenue. While working on this concept art, the team took inspiration from the architectural designs of leading universities and tech schools from around the world, such as Yale University (U.S.), Otemon Gakuin University (Japan), Rolex Learning Center (Switzerland) and many more. To get the necessary feedback from the Shiba Inu community, today the team will conduct the Tech Trench Fireside Chat at 8:00 p.m. EST/5:00 p.m. PST on the official Shibtoken Discord.

The XRP community could recently see an anomaly in trading volumes, as they exceeded the current market capitalization of cryptocurrencies by 33%. With the combined value of all XRPs at $18.56 billion, in the last seven days, trading volume turned out to be $25 billion. Stablecoins USDT and BUSD are demonstrating similar figures. The abnormal pattern of XRP trading volumes is most likely due to the token being actively used by Ripple in its ODL activities, roughly speaking as fuel for the technology. According to recent reports, the company has seen an increase in ODL usage, both because the business of old partners is growing and because new ones are joining.