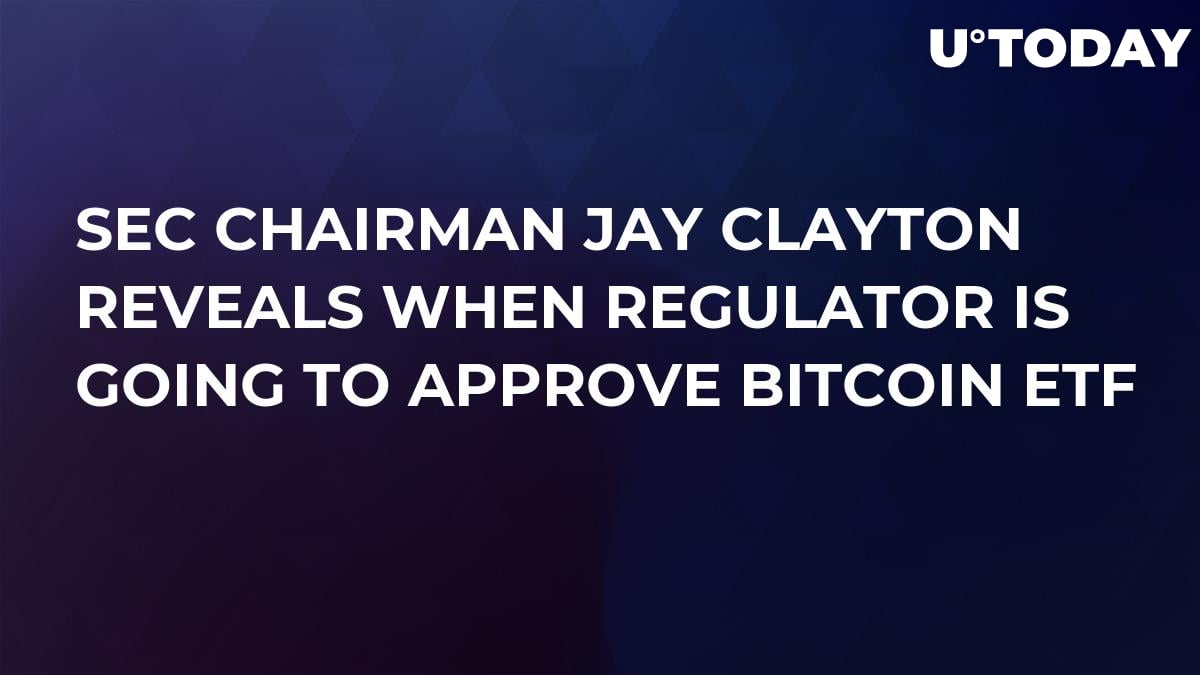 Many industry leaders have been urging the Securities and Exchange Commission to take action when it comes to cryptocurrency regulations since the newfangled asset class remains in a legal grey zone. Nevertheless, the US regulator has so far only made baby steps in that direction. During his recent interview with CNBC, SEC Chairman Jay Clayton weighed in on the issue.

Related
The SEC is Swooping on the Cryptomarket, How Much Power Do They Have?

As reported by U.Today, the SEC recently delayed its decision on the VanEck/SolidX Bitcoin ETF with two more pending proposals. When asked about the possibility of a cryptocurrency ETF approval by Shark Tank's Kevin O'Leary, Clayton said there are a few things left to iron out.

We’re engaging on this, but there are a couple of things about that we need to feel comfortable with.”

He further explained that custody, a long-standing requirement, is of paramount importance. They also have to make sure that the crypto market is devoid of manipulation.

We have sophisticated rules and surveillance to make sure that people are not manipulated in the stock market.”

Clayton claims that the SEC is advancing in that department, but he cannot “flip a switch” and say that crypto is similar to stocks and bonds.

Stepping up the war on crypto

The interview comes just days after the SEC hit Kik with a lawsuit for holding an illegal ICO. Prior to that, Kik created a “Defend Crypto” fund for public donations that it will use to fight the securities watchdog in court.

While Kik claims that the SEC’s attack sets “a dangerous precedent” for the whole industry, its crowdfunding effort had a bumpy start with Coinbase and Circle no longer being on its list of supporters.